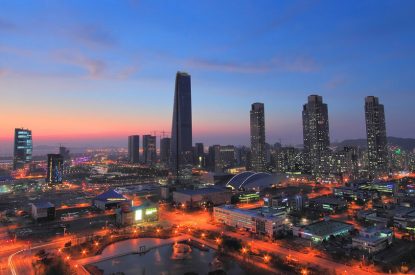 The resort casino’s location will be close to where two other huge casinos will be built, one by Caesars Entertainment and Lippo and one by Paradise and Sega Sammy. Last month, Bloomberry Resorts, a Philippine operator, confirmed it wanted to build a casino and entertainment complex in Incheon
Chow Tai Fook will need to seek a licence and be approved by the central government, although analysts believe this will happen later this year. Its planned project is for a foreigner-only casino, including hotel, retail, entertainment and convention facilities. It would be built in two stages between 2015 and 2019 and 2019 and 2022.

Guotai Junan Securities’ International VP Yong Guo said: “The development of the gaming industry in Korea will have a direct effect on Chow Tai Fook’s jewellery sales. Korea definitely can’t match Macau in terms of the numbers of Chinese visitors. Even Singapore’s burgeoning casinos haven’t started turning profit yet, so Korea’s gaming industry is unlikely to be on par with Macau.”

He expects that Chow Tai Fook will include jewellery stores at a large-scale integrated entertainment district.

Paradise, South Korea’s largest casino operator, said around 63.4 per cent of its revenue was generated by Chinese VIPs.