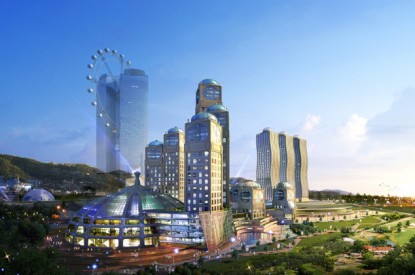 Korea’s Ministry of Culture, Sports and Tourism has whittled the locations for two foreigner-only integrated resort casinos from 16 to nine with a request for proposal now underway.

The RFP process will get underway on November 27 when the ministry will choose ‘approximately two’ licensees.

The process so far had attracted 34 individual proposals for casino resorts in 10 localities throughout Korea.

There were 16 proposals for Incheon, located near the largest international airport in the country. Of the nine locations now short-listed, six are within Incheon, with one each in Busan, Gyeongnam and Jeonnam.

The resorts must have at least 1,000 5-star hotel rooms, require a minimum investment of KRW1,000bn ($850m) with a minimum foreign investment component of $500m. The gaming floor must make up just five per cent of the overall footprint.

Analyst Union Gaming believes that sites outside of Incheon are just making up the numbers.
They said: “The government will begin its RFP review in December and ultimately intends to issue two new IR licenses. We believe these will likely be the final IR licenses to be awarded for the foreseeable future in Korea (ex-Jeju). Given our view that Incheon is the preferred national IR area, we would expect both new IRs to be issued for this area. This in turn would bring the total number of IRs to four in Incheon, which includes two IRs already under construction: 1) Paradise / SegaSammy, and 2) Caesars / Lippo. Ultimately, we believe the only other IRs in Korea will be located in Jeju, of which Genting Singapore is already moving forward with its Resorts World Jeju project. We would also expect the government of Jeju to issue up to two additional IR licenses for a total of up to three IRs in Jeju.”

This first foreign-backed casino will be built in the free economic zone (FEZ) on Yeongjongdo Island, in Incheon, and the first phase is due to be completed by 2018. As with all casinos in Korea, it will be for non-Koreans only. FEZs are special business areas which the Korean government has set up to boost convenience and to promote economic activities of foreign businesses and investors.

It will also build three five-star hotels, a convention center, theater facilities, shopping malls and business offices in a 168,000 square meter space as large as six soccer fields. The firm said that it will open a foreigner-only casino by 2018 as the first phase of the project, aimed at overseas tourists who will visit Korea for the 2018 PyeongChang Winter Olympics. It plans to finish construction of the planned resort complex by 2023.

South Korean operator Paradise Entertainment has already been granted a licence in partnership with Japan’s Sega Sammy Holdings with the two building the US$1.7bn Paradise City scheme at Incheon.

Another licence has already been awarded to Genting who is currently building $2.2bn Resorts World Jeju, a project where it is teaming up with Landing International.

Genting is involved in this latest bidding process with Lotte Group, in a bid to develop a large casino resort at the North Port of Busan in South Korea. Lotte Group is looking to build hotels, tax-free stores and water-sports facilities at the resort.