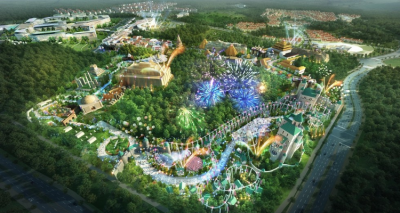 The company operates Landing Casino, which with an area of approximately 10,000 square metres is currently one of the largest casino in South Korea, and Jeju Shinhwa World Hotels & Resorts on Jeju Island in South Korea, which is comprised of four luxurious hotels, including Marriott Resort and Four Seasons Resort in partnership with the world-renowned hotel brands, and Landing Resort and Shinhwa Resort, the Group’s own-brand hotels

The company stated: “Jeju Shinhwa World has been the Group’s flagship integrated leisure and entertainment resort on Jeju Island, South Korea since its inception. As the Group will remain focused on its core business in Jeju Shinhwa World, the Board is of the opinion that the proposed new company name of Shin Hwa World Limited will better reflect the current status of the group’s business development and its direction of future development. Therefore the Proposed Change of Company Name can provide the Company with more accurate corporate image and clearer identity. The Board is of the view that the Proposed Change of Company Name will benefit the Group’s future business development and is in the best interests of the Group and the Shareholders as a whole.”