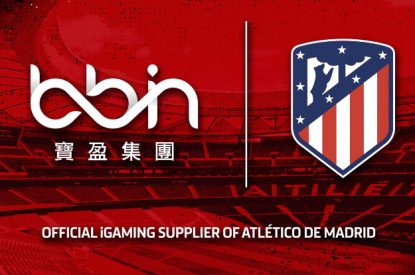 BBIN has said it is ‘honoured’ to announce that the company has become the Official iGaming Supplier Partner of Atlético de Madrid in Asia.