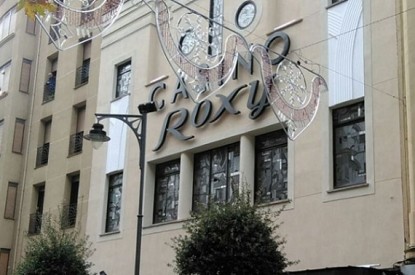 Having been granted the relocation to the busier city streets by Valladolid City Council, the casino’s owners have spent over €800,000 renovating the former Roxy cinema in Calle Maria de Molina in the centre of Valladolid. It opened following a gala dinner with 50 slots, tables and a dedicated poker room, Casino Roxy will boast a large cafeteria, a cocktail bar and a restaurant with capacity for 35 people.

Housed over three floors, Casino Roxy aims to attract around 500 people a day. It will employ a workforce of about 111 people to serve customers, including 57 specialist dealers, pit bosses and supervisors. The transformation of the property protected the facade of the building, which dates back to 1936.

Javier Herrero, Director General of the casino, said that rather than taking something away from the town, the casino project is adding to it. “We have not come to remove the cinema from this city, not least because the cinema had closed long before we had even decided to come here. We are keeping the name and the spirit of the previous venue, including the art deco décor, as a constant reminder of the movie industry. We wanted to move the style of the facade to the interior with mouldings and fascias of early last century. We kept an open space, opening as an amphitheatre and creating a unique space. The casino is a place of entertainment above everything else.”

Angel Lajo, Head of Public Relations for the casino, added: “We have 1,300 square meters of space open from four in the afternoon until four in the morning or until six at the weekend. We attempted to preserve and maintain the structure and the Art Deco style of the old cinema, so that when entering the casino people can identify the different parts of the cinemas, now full of table games and about 50 slot machines. The main difficulty was to respect the protected- so that it looked just like when it was a cinema, except to add some letters forming the word ‘casino’ on Roxy. It is quite clear that the main room, housing the table games was once a cinema screen.”

Other clues include the old style projector in the reception and artwork of film legends such a Humphrey Bogart.

Mr. Herrero added: “Valladolid has more than 600,000 overnight stays per year, and until now Boecillo was not one of them. When someone sleeps in Valladolid on Monday, Tuesday or Wednesday, he comes out and the city is dead. You’ll dine alone. This will be a place in the center that is easily accessible, where people can dine until one o’clock, with top service at affordable prices.”

The old venue, Palacio de los Condes de Gamazo in Boecillo, where the casino operated for 30 years, will focus on the existing restaurant business.