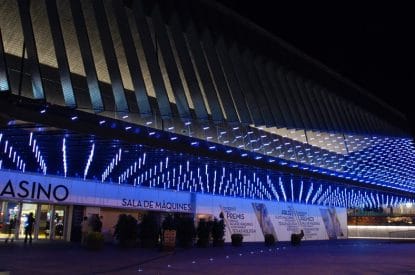 Cirsa Gaming Corporation has recorded an operating profit of €333.4m during the first nine months of the year, reflecting a nine per cent growth over the same period last year.

The company reported operating income of €1,154.2m until the third quarter of the year a 7.3 per cent increase compared to the same period in 2018.

In a statement last week the company said that between July and September, operating profit reached €118.7m, 10.4 per cent more than in the same period last year, while turnover stood at €392.3m – 6.8 per cent more.

In May it was reported that Cirsa had closed an acquisition that would allow it to substantially increase its size in Catalonia and operate a casino for the first time in its home community. The gambling group told its bondholders that it had reached an agreement to acquire Giga Games System Operation from the family of Juan Lao, brother of the former owner of Cirsa. Giga Games is a game and leisure group that runs an extensive park of recreational machines located in bars and restaurants, mainly in Catalonia and the Valencian Community. The company also has dozens of gambling halls and several bingo halls. In total, the businesses acquired by Cirsa reached a turnover of €124m in 2018.

The casinos division closed the third quarter with growth due to an improvement in most of the markets where the company operates, while the slots division “maintained the positive evolution of its results”, which the company attributed to improvements in efficiency; success in its investments and sound management.

Meanwhile the bingo division in Spain maintained the positive trend seen recently. The company highlighted the introduction of its Electronic Bingo Room in Andalusia and the incorporation of six new points of sale in Catalonia as a result of the Giga Game purchase in the third quarter.

In Mexico despite some slowdown in the economic activity of the country, CIRSA slightly improved its revenues compared to the same period 2018. In Italy, the company maintained its leadership position in machine collection both via AWP machines and via video lotteries (VLTs) thanks to the periodic update of the offer of games and the management of its points of sale. The company also highlighted the purchase of the majority of capital of a company that manages two bingo halls in the Piedmont region.

Meanwhile its slots division continued the positive trend of the last quarters, thanks to the incorporation of new machine models, mainly UNIDESA Sensation Rouge. It also highlighted the incorporation of new rooms coming from the Giga Game transaction, located in Catalonia and the Valencian Community, as well as the opening of a new room in Seville, consolidating the solidity of the Division nationwide. Its retail sports betting brand Sportium obtained an improvement in net income in the third quarter favoured by the start of the different national and international sports competitions. Improvements in the product and technology continue to contribute to the leadership of the brand in the countries where it is present. In July GVC Holdings, the British company that owns Ladbrokes Coral, announced an agreement to sell its 50 per cent stake in Sportium Sports Betting to Cirsa.