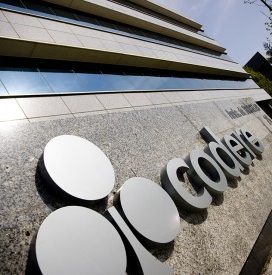 Spanish-based operator Codere has managed to avoid insolvency which could have risked its licences by striking an agreement with creditors to restructure €1.1bn of debt.

It will use British courts to seek a scheme-of-arrangement to complete the deal which will put control of the company in bondholders’ hands in exchange for debt. The deal allows Codere to avoid creditor protection.

It will also see the issuing €675m of new notes and €253m of new loans. Codere employs 17,890 people and operates more than 1,600 betting shops and 172 gaming halls in Spain, Italy and Latin America. It filed for preliminary creditor protection back in January having reported 10 quarters of losses in its Latin American markets.

Jose Antonio Martinez Sampedro will remain as Chief Executive Officer. His family owned 68.5 per cent of the company before the deal. The restructuring plan will see noteholders own 97.8 per cent of Codere’s equity, giving shareholders 2.2 per cent.

According to a statement issued by the company, Jose Antonio Martinez Sampedro and Luis Javier Martinez Sampedro will need to buy 19.6 percent of shares from bondholders at a later date. The terms of the deal will also Codere delisted.

The statement said: “It is of critical importance that Jose Antonio Martinez Sampedro and Javier Martinez Sampedro invest in restricted shares of the restructured Codere in order to align their economic interests on a permanent basis. It will maintain continuity of ownership in light of the institutional and governmental relationships considered necessary to the successful continuation of the group’s licensed businesses.”

AdviCorp’s Giovanbattista Caracciolo said: “It’s great to finally see an agreement between the two sides. It was always clear the company had value. This outcome is much better than insolvency proceedings in which Codere would run the danger of losing its gaming licenses.”