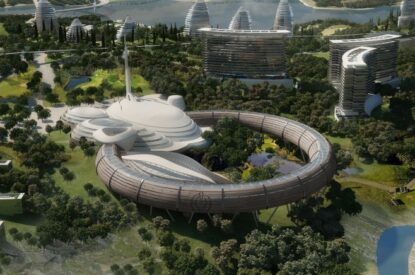 Yet another US-backed casino resort is being planned for Spain with Cora Global looking to spend $3bn on developing a resort with a casino, diverse entertainment options, a football stadium and a Formula One track in Extremadura.

To be called Elysium City, the casino resort will be based on Greek mythology. Cora Global has already received approval from the Extremadura government, with construction on the first phase slated to start within the next six months with the aim of 2023 opening for phase one. The second phase is expected to open by 2028.

Former Disney Vice President John Cora, now owner of Cora Global, held a press conference with Extremadura President Guillermo Fernández Vara to outline that the project, if approved, would occupy a 1,200-hectare site in the town of Castilblanco.

In July, the Assembly of Extremadura approved a new bill, which facilitates the creation of large leisure facilities. The new rules allow for a fast and efficient process that will allow the region to compete on equal terms with other autonomous communities.

The developer stated: “Elysium City will be the first major smart sustainable city project in Europe planned and built from scratch, considering the 17 Sustainable Development Goals (SDGs) of the UN. In addition, this project will place Castilbanco and Extremadura as a unique destination at an international scale.”

Phase one of Elysium City will boast an 18-hole golf course, a football stadium with capacity for 40,000 spectators, a three- and a five-star hotels, a casino, a small marina, an adventure water park, and a theme park, among other amenities. It will create around 15,000 new jobs. There is still no information on who will operate the casino portion of the mega resort.