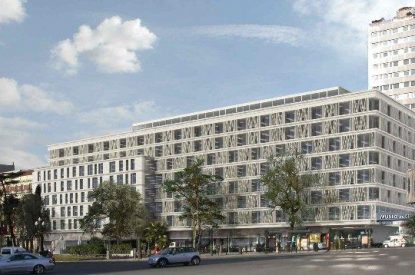 Casino Gran Madrid, the first casino in the Community of Madrid, is gearing up to the opening of its first branch in the heart of the capital, at the cross roads of Recoletos and Castellana.

To be called Columbus Casino Gran Madrid, the ‘micro casino’ will be able to operate with a maximum of 65 slots and 27 tables.

The opening will come some 90 years since the last casino operated in the heart of the Spanish capital and arrives following the Madrid Council’s approval of an amendment to its gaming legislation.

Having examined the possibility of opening at 20 properties, the chosen location has been confirmed as 37 to 41 Paseo de Recoletos.

Following approvals this month from local government, the operator also confirmed the new venue will cover a floor space of 4123,28 m2, spread over four floors. The main room with gaming tables and slots will be located in an area of ​​1,732 m2. Gaming will also be found on the ground floor.

The €20m reconstruction work, which got underway in April, has been carried out by Sistemas y Construcciones Alvedro (SYCA), part of the Grupo Caamano.

The Ministry of Economy and Finance of Madrid said: “The amended regulation will allow casino gambling to open in other geographic points in the region. The appendix rooms are a local casino as part of the casino, but they are located outside the enclosure, even in another municipality. Casinos located in Torrelodones and Aranjuez could open another site, although they must be smaller than the casino itself, in central Madrid.”