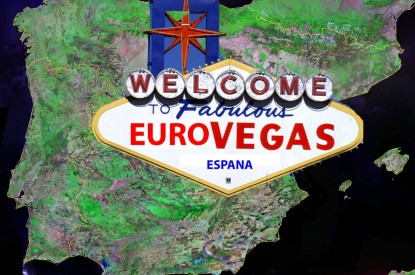 Las Vegas Sands’ owner Sheldon Adelson’s is still facing a major hurdle with his planned Eurovegas project in Spain due to the central government’s rejection of any changes to legislation to allow smoking in casinos.

In response to a written request by the UPyD party for clarification of the administration’s stance on Mr. Adelson’s insistence that smoking be allowed on the gaming floors at EuroVegas, the government said: “At the current time, there are no plans to propose changes to the law.”

“Through the Ministry of Health, Social Services and Equality, the government’s main priority is the promotion of the health of citizens and the prevention of illnesses caused by tobacco,” the response stated.

Mr. Adelson has met twice with Prime Minister Mariano Rajoy to explain the merits of his project, and took the opportunity to insist on an easing of the ban on smoking in public places.

Keen to attract a project that could involve investment of up to €17bn, and create 164,000 direct jobs, the Madrid regional government has backed Sheldon’s calls for the smoking ban to be eased.

In response to the government’s continued reluctance to modify the laws on smoking, the spokesman for the Madrid regional government and the head of the PP’s electoral committee, Salvador Victoria, insisted on that the changes Mr. Adelson wants ‘would be good.’