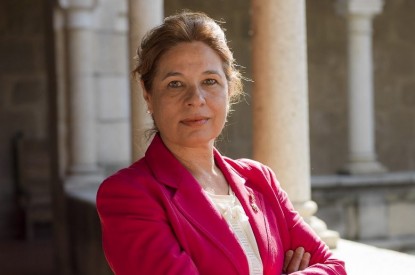 A new bill, which would allow for the creation of large leisure facilities in the Spanish autonomous community of Extremadura, has received the favourable opinion of the Council of State.

Both the regional government and a part of the opposition had sought the approval of the requirement in order to ensure the legality of the proposal, which is aimed at facilitating the construction of large entertainment complexes.

The complexes will combine tourist establishments such as hotels, spas, cultural facilities, conference centres, golf courses and aquatic recreation centres alongside other facilities designed for adult leisure including casinos, bingo halls and slot parlours. However, the Council of State has made a number of observations “that are going to be incorporated into the text”, according to government Vice President, Pilar Blanco-Morales, pictured.

Amongst these are that environmental legislation deadlines for planning permission must be respected which could lead to some delays of up to 45 days when it comes to the licensing process. Other deadlines must also run consecutively rather than being processed simultaneously as the government had hoped.

Government spokesperson Isabel Gil Rosiña added that following the agreement by the State Council for the processing of the proposed law, now it will be up to the Board of the Assembly to set a procedural schedule. As in other legislative initiatives, a plenary will be first held to approve or reject the text in its entirety. If it is approved then amendments to the bill will be put forward.

Pilar Blanco-Morales said that she expected a “constructive” cross party discussion that would “improve” the text of the new legislation. Pilar Blanco-Morales said that she was confident that the bill would have the approval of the regional Parliament since the People’s Party (Partido Popular) has announced that it is in favour of the project , as it will generate investment in the region.

The President of Extremadura Guillermo Fernández Vara (the Spanish Socialist Workers’ Party PSOE) announced the new measures in March. The objective of the new rules is to enable and attract the development of large theme parks and family leisure centres in the region. If approved the new law would reduce urban planning and administrative deadlines by half, as the projects would be fast tracked as a matter of urgency.

Favourable conditions would also be imposed when it comes to gambling taxes. In the case that the new centres include casinos, deductions of up to 80 per cent in gaming taxes are now being considered by the government but this would depend on the total amount invested in the construction of the complex as well as other facilities on site.

Investors will also benefit from both legal and fiscal advantages. When it comes to casinos these will be exempt from local rules covering the granting of licences, which both requires public licence tender processes and limits the authorisations to one casino per 500,000 inhabitants. As for tax, a fixed rate of 15 per cent will be established for casinos in the new resorts. However as compensation for the total investment made a deduction of up to 80 per cent of the tax will be put into place.

The new law will though meet with some resistance. In March, the General Secretary of the Spanish Socialist Workers’ Party (PSOE) Álvaro Jaén has said that he will oppose the new plans. Jaén said that new rules would lay out the “red carpet” for casinos in the region due to tax advantages which are now under consideration as well as unlimited opening hours.