Spain – Inspired and Franco to create VLTs for Spain 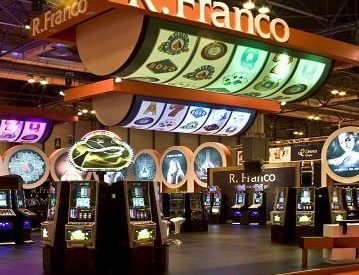 Inspired Gaming has signed an exclusive agreement with R.Franco to supply its Open SBG Core technology platform and games in Spain.

The deal will allow R. Franco and Inspired to create server-based VLT gaming machines for the Spanish market by combining Inspired’s market-leading technology, R.Franco’s cabinets, and a rich library of games from both companies. The early results of the collaboration were recently displayed on the Inspired and R.Franco stands at the ICE Totally Gaming trade show in London.

Jesús Franco, Chairman of R.Franco Group, commented: “Inspired is renowned for its proven server-based technology, and has years of experience in highly regulated and competitive markets such as the UK and Italy. We’re delighted to be uniting this industry-leading technology with R.Franco’s leading cabinets, games and experience in the Spanish market.”

Luke Alvarez, CEO and Founder at Inspired, added: “R.Franco is the ideal partner for Inspired’s growth into the Spanish market and we believe that server-based, multigame products will modernise the landscape of machine gaming in Spain. Inspired is driving the adoption of well-regulated, networked gaming machines in Europe and further afield, as a way for government agencies to provide player entertainment whilst ensuring tax collection, crime reduction and player protection.”