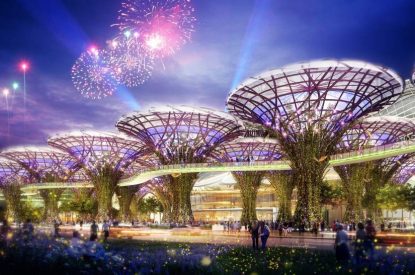 Las Vegas Sands has axed its plans to develop a mega-resort in Alcorcon, just outside of the Spanish capital of Madrid.

After months of on-going discussions with various levels of the Spanish government and continued internal due diligence, Las Vegas Sands confirmed that its ‘formal proposal to invest more than $30bn to develop a series of integrated resorts in Madrid, Spain will not be forthcoming from the company.’

Las Vegas Sands Chairman and Chief Executive Officer Sheldon Adelsonsaid: “We have reiterated time and again that our internal development process would dictate the outcome of a proposed development in Spain. That process has been extremely thorough and while the government and many others have worked diligently on this effort, we do not see a path in which the criteria needed to move forward with this large-scale development can be reached. As a result we will no longer be pursuing this opportunity.”

Prior to the press announcement, Reuters, Bloomberg and a host of Spanish news outlets had already reported that the ambitious plans to bring 12 casino resorts and 36,000 rooms had now gone the way of other failed, large-scale European projects including Gran Scala in Spain and EuroVegas in Hungary. Shares in Las Vegas Sands dropped 0.4 per cent in New York following the speculation. Its success in Macau and Singapore, along with the expectation from the promise of such a huge project in Spain, have seen Sands’ shares surge by 65 per cent this year.

The withdrawal from the project by Las Vegas Sands owner Sheldon Adelson coincides with the Spanish Government’s rejection of key demands stipulated by Sands.

Mr. Adelson was reportedly in Madrid last month seeking assurances from the Spanish Government that rates of taxation wouldn’t alter if new governments were voted in. Sands also wanted to circumnavigate the ban on smoking in public places and wanted assurances regarding restrictions on Internet gambling in Spain.

The project would have taken 12 years to complete.

Mr. Adelson said the company now planned to concentrate on its expansion into Asia.

“Developing integrated resorts in Europe has been a vision of mine for years, but there is a time and place for everything and right now our focus is on encouraging Asian countries, like Japan and Korea, to dramatically enhance their tourism offering through the development of integrated resorts there,” he said. “As chairman and CEO, my role is not only creating a vision for the company’s future, it is also fulfilling it in a way that best represents the interests of our shareholders.”

Michael Leven, the company’s President and Chief Operating Officer, said: “We are thankful to the many people who have devoted time and energy in an attempt to bring this development to fruition. The government of Spain, specifically the Regional Government of Madrid, has continuously pursued this opportunity with the interests of the Spanish people in mind and they should be commended for their efforts.”

One gaming analyst, who didn’t wish to be named, said: “There is one theory that Sands knew all along that the Spanish government couldn’t and wouldn’t approve its list of demands and that this whole project has been about pushing up the company’s share price.”

Sands has reiterated that it would only develop new projects that would yield 20 per cent cash-on-cash returns.

If all three phases of the so-called EuroVegas project had been completed, it would have boosted the region’s gross domestic product by 4.5 per cent.  Promomadrid, a government-owned entity, said the project would have created 164,000 jobs directly and a further 97,000 indirectly, equating to half the number of unemployed in the area.