Spain – Skyscraper hotel in Malaga could feature a casino 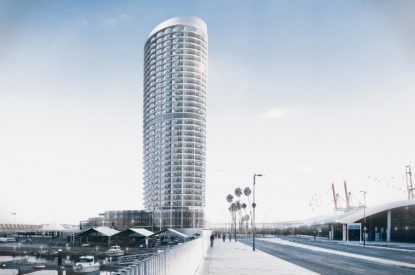 The Qatar-based Al Bidda Group, which has been given permission to build a skyscraper hotel in the Port of Malaga, has included a casino as part of its business plan according to reports in local press.

The casino would help enable the company to make the project more profitable and make a faster return on the €106m which it will invest in the construction of the hotel. The casino would have an estimated cost of €3.6m.

According to local gaming rules, however, a casino would not be permitted on the premises as only two casino are allowed per province and gaming regulations in the autonomous region rule that casino licences may only be granted after a tender process has been carried out.

Currently Malaga already has two casinos also linked to a hotel: The Casino de Marbella, which is located within the grounds of the Andalucía Plaza Hotel, and the Torrequebrada casino located on the Benalmádena coast in the HB Torrequebrada Class Hotel. The Casino de Marbella has 101 gaming machines and also features American Roulette, Black Jack, Caribbean Poker and Texas Hold´em Poker. Although smaller scale with 23 tables and 80 slot machines the Torrequebrada casino is also a highly popular tourist destination.

According to local daily El Confidencial the Bidda group is currently considering the purchase of one of the current licences. Quoting local sources the newspaper confirms that the group is in talks with the Gran Madrid business Group which manages and operates the Casino de Torrequebrada-Malaga as well as the hotel and casino complexes in Torrelodones (Casino Gran Madrid) ) and Cartagena (Gran Casino Cartagena).

The Al Bidda Group has investments throughout the Persian Gulf. Currently named ‘Suites Malaga Port’ the new skyscraper will be located on the Dique de Levante the jetty which delimits the eastern side of the port.

The building, will rise to 135 metres, house 352 rooms, provide parking for 485 vehicles, feature a conference centre, luxury shopping centre, swimming pools, a spa, and possibly a casino. The project was endorsed by the city council last month. The new skyscraper hotel will create around 1,300 jobs during construction and a further 350 when it opens in 2020.