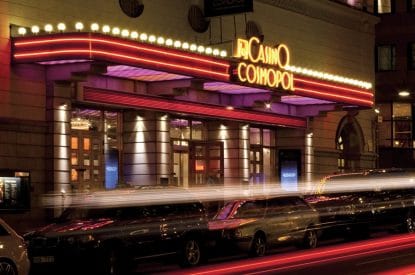 Casino Cosmopol from Sweden has achieved certification according to the ECA Responsible Gambling Framework after an independent audit conducted by the Global Gambling Guidance Group (G4).

This shows the state-owned company is acting in line with the latest standards in Responsible Gambling for the licensed land-based casinos industry that were updated by the ECA at the beginning of 2018.

Casino Cosmopol joins the growing number of ECA members certified according to the 2018 Responsible Gambling Framework, including Spielbanken Baden-Württemberg (Germany) and Casinos Austria with a number of other leading operators in the process of certification. The Framework sets an industry standard for the effective management of Responsible Gambling in areas ranging from awareness-raising and employee training to marketing and stakeholder engagement.

Certification is granted to ECA members after an independent third-party audit has been conducted. The audit, which was led by Ynze Remmers, G4 lead auditor concluded: “The audit showed the strong involvement of all employees of Casino Cosmopol in the Responsible Gambling programme, which is exemplary and an important aspect to taking the issue seriously.”

Per Jaldung, CEO of Casino Cosmopol and Chairman of the ECA commented: “Our mandate is to promote a healthy and safe gaming market in which our customers can enjoy the great offer we provide across our four casinos. For this to be successful, Responsible Gambling has to be the centre-point of all our actions and we were therefore eager to have this commitment put to the test through certification under the ECA Responsible Gambling Framework. We are delighted to have successfully been certified and thereby continue our engagement with this crucial topic for our industry.”

In December Casino Cosmopol decided to appeal against a fine issued by Swedish regulator Lotteriinspektionen for breaching money laundering laws.

Regulator Lotteriinspektionen fined Cosmopol SEK8m (€780,200) for what it called ‘serious shortcomings’ but executives at the casino operator have since claimed it was unfair to penalise financially whilst no clear regulation was in place from the regulator.