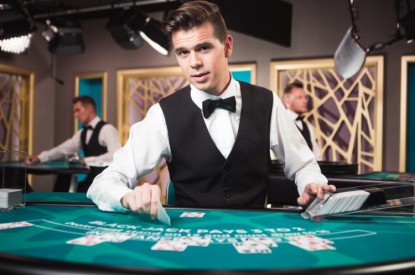 Evolution ended the record year 2015 with another quarter of strong growth.

Fourth quarter revenues increased by 62 per cent to €22.4m, giving a profit for the period of €6.9m.

CEO Jens von Bahr’s said: “Evolution ended the record year 2015 with another quarter of strong growth. EBITDA for the fourth quarter amounted to EUR 9.3 million, corresponding to a margin of 42 per cent. Expenses amounted to €14.9m, driven by the continued high rate of recruitment needed to meet the considerable demand for our services. For the full-year, EBITDA excluding IPO expenses was €31m with a margin of 41 per cent.”

During the quarter, Evolution signed agreements with Casumo, Gamesys and SBTech, among others. However, just as in previous periods, growth was driven mainly by existing customers, who are focusing increasingly on their Live Casino offerings. William Hill is an excellent example with its new Macau environment. Another one is Genting with its new VIP area Crockfords, built in detail to recreate the ambiance of the exclusive gaming club that shares its name in London’s Mayfair.

“To meet the rising demand for customised tables and environments, we have acquired the building that houses our production studio in Riga. The acquisition strengthens our control of our continued expansion and, in time, could double our studio space,” Mr. von Bahr added.

Mobile growth remains very strong. In the final quarter of the year, 32 per cent of the operators’ gaming revenues generated via the Evolution platform derived from mobile devices. In absolute numbers, growth was 33 per cent compared to the third quarter of 2015.

“Evolution has the most extensive mobile range in the market, and we will continue to devote significant resources to the mobile offering in 2016,” Mr. von Bahr added. “During the latter part of 2015 and beginning of 2016, we have seen a significantly increased interest in Live Casino from land-based casinos. The land-based segment is an exciting growth area. The market is several times larger than the online gaming market, but with small growth, meaning many of its operators want to capitalise on their strong brands online.”

Evolution intends to be the partner of choice as this happens, and can highlight the benefits with customers like Genting, Casinó Campione and Casino Dragonara, which all have chosen different solutions.

“For the latter, we launched our new product Dual Play Roulette during the fourth quarter,” Mr. von Bahr explained. “In Dual Play, convergence between land-based and online gaming comes true, with players at the land-based casino and online players playing together at the same table with no additional operational costs incurred by the casino.

“Other new products include Live Caribbean Stud Poker, which we created in collaboration with Games Marketing and which is the only live version of this popular poker game that is available from a major provider. We have also launched a completely new version of Live Baccarat with squeeze, which elevates the Baccarat experience to the same standard as our award-winning Immersive Roulette.”

“We have now progressed halfway into the first quarter of 2016 and the year has started strongly,” he added. “I would particularly like to mention our agreement with Scientific Games, which entails Evolution exclusively offering Ultimate Texas Hold’em, with the initial launch planned for this summer. We have also signed a deal for a new on-premise studio for our customer Napoleon Games in Belgium, further strengthening our market position.”

Evolution’s Board of Directors has decided that the company will apply for listing on Nasdaq Stockholm’s main list in 2016.

“Given that we want to be able to focus fully on our business and benefit optimally from the strong momentum we are currently experiencing, we will adjust the precise timing to when management considers it most appropriate,” Mr. von Bahr concluded. 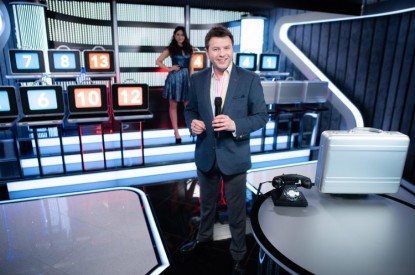 Sweden – Evolution continues its growth into Q1 of 2019