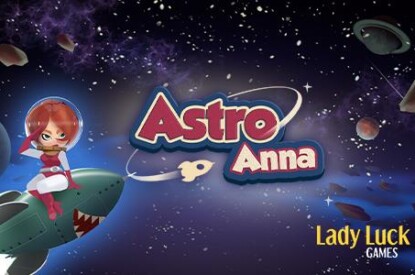 Lady Luck Games is offering out-of-this-world entertainment as it reintroduces players to its iconic pipe mechanics in the latest space-themed release Astro Anna.

This unique extra-terrestrial title challenges everything you thought you knew about slots by scrapping traditional reels and paylines in favour of pipe mechanics, popularised by the studio’s previous hit release Mr Alchemister.

During gameplay multipliers may appear randomly on the pipe symbols, should these multiplied pipes connect to one of the 15 cash prizes then the overall win will be boosted significantly.

If players win at least four different prizes in a single spin then they’ll automatically trigger the game’s free spin bonus, the more prizes that are won the more lucrative the feature. If more than seven prizes are won in a single spin players will receive 20 free spins with a win multiplier, the highest of which being a 20x multiplier.

Players can opt to gamble their winnings in a side bet card game that can see them double or quadruple their prize. The gamble feature is only available to those whose win is less or equal to 100x the total bet. Players wishing to jump straight into the bonus gameplay are able to utilise the bonus buy feature.

Mads Jørgensen, Co-Founder and Chief Executive Officer of LL Lucky Games AB said: “We truly broke down barriers upon releasing Mr Alchemister last year, players and operators alike fell in love with our unique pipe mechanics, we knew we had to do it again with Astro Anna. I anticipate that there’ll be just as much love for this game when people get a good feel for what it has to offer.”