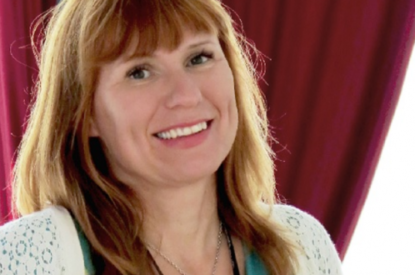 The Swedish Gambling Authority Lotteriinspektionen has said it is preparing to start receiving applications for online gaming licences from 1 July 2018.

Camilla Rosenberg, Director-General at Lotteriinspektionen, said: “Our aim is to be as transparent as possible and provide regular information about new details and conditions. Meanwhile, as a public authority we are dependent on decisions made by Sweden’s government and parliament. Nothing will be concluded before everything is concluded.”

“There is a clear division of responsibility between parliament, government and public authority. At present the Council on Legislation is doing its work. After that we will wait for the government bill and the regulations that will complement the law. This will give us more detailed guidance about the proposed legislation. The Swedish Gambling Authority’s regulations are thus dependent on what will be written in the new law and in the government’s regulations. The goal is that licence applications can be sent to the Swedish Gambling Authority from 1 July 2018 and that the law will come into force on 1 January 2019.”

During 2017 Lotteriinspektionen devoted resources to making preparations ahead of the transition to a new licensed market. Ms Rosenberg said:”We were also asked to make proposals to the commission of inquiry on gambling licences regarding both technical and general regulations. Revised versions of these regulations were distributed for referral in the autumn of 2017. I would like to thank all members of the gambling community who made constructive comments concerning our proposed regulations. We hope to distribute new versions of these regulations, and additional new regulations, for referral in the middle of March 2018.

Provided that the government and parliament make the necessary decisions, Lotteriinspektionen will handle significant regulatory changes to a large and growing industry. The Swedish Gambling Authority will, for example, need to increase its staff by around 50 per cent, change official working processes and invest in new IT systems.

“All of this must be accomplished over a very short period. The timetable is tight, both for us as a public authority and for the operators in the gambling industry. Many operators who want to apply for a licence are already making preparations based on the government’s proposed bill,” Ms Rosenberg said. “The awarding of licences and the dates from which they will be valid will depend partly on the quality of the applications and when they are received by the Swedish Gambling Authority. We will make a comprehensive assessment of both the application and of the company behind the application. There will be no limit on the number of licences that can be allocated. Applicants must meet a number of requirements, which will be determined in part by government regulations and our own regulations. Important requirements will include managing the gambling activity in a responsible way, providing a high level of customer protection, and maintaining good security. Another central principle in the reformed law will be the new duty of care.”