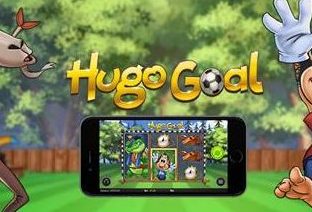 Play’n GO is spreading football fever ahead of this year’s World Cup with its latest online slot release Hugo Goal.
The game is a 3-reel slot based around popular 90’s TV troll Hugo and this newest edition sees him entering the world of football.

The idea behind Hugo Goal was to bring a much-loved character and put him in a new environment.

Game producer Tamas Ujszaszi explained what makes it so enjoyable, and challenging, to create a Hugo game.

He said: “Hugo has such a diverse world of recognisable characters and he fits into so many different scenarios, it wasn’t easy to decide who we wanted to star in the game alongside him. In the end we settled for Aksfylia and Don Croco, his main adversaries; we also introduced Goat, who is one of the older characters from Hugo’s world, to give a classic feel.”

This is the third collaboration between Play’n GO and Hugo Games A/S, following the successes of Hugo and Hugo 2, and is sure to appeal to both sports fans and casino players. Play’n GO CEO and co-founder Johan Törnqvist believes that the timing is just right for Hugo’s latest adventure.

He added: “We wanted to build on our success with Hugo and release Hugo Games to operators at a perfect time, ahead of this year’s World Cup. This game will appeal to a large player base. Play’n GO are looking forward to an exciting summer with lots of entertaining football, and the game will offer some alternative fun between matches. We can combine players’ interest in Hugo and the tournament, giving our partners plenty of cross-sell opportunities.”