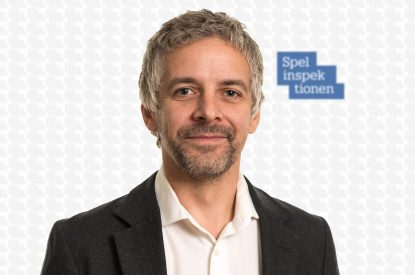 It said: “Spelpaus.se is a service for everyone who wants a break from gambling for money, for a shorter or longer period of time. In connection with the outbreak of Covid-19 this spring, it became extra important to make Spelpaus.se better known. The Swedish Gaming Inspectorate was then commissioned by the government to significantly increase the public’s knowledge about the possibility of being banned from gambling. This resulted in an information campaign this summer with advertising on television, websites and in social media.”

Anders Sims, communications manager at the Swedish Gaming Inspectorate, said: “We are now following up with a campaign with banners on various websites. This time, we have a special focus on reaching out to women, relatives of problem gamblers and people with a mother tongue other than Swedish.”

The campaign consists of 13 different messages and will run until mid-January.

Mr. Sims added: “With this investment, we primarily want to inform that Spelpaus.se exists, but also draw the attention of players and relatives to behaviours that may be signs of gambling problems. According to a new survey, the proportion of players online who know Spelpaus.se increased, from 54 per cent last year to 71 per cent this year. That’s fine, but it could be even better. Anyone who loses control of their gambling, or for other reasons wants to avoid gambling, should know that there is a good tool at the Swedish Gaming Inspectorate.”

The Swedish gaming market was re-regulated on 1 January 2019 with the aim of strengthening consumer protection. An important part was the introduction of the national suspension system Spelpaus.se, which was quickly found by many who wanted to suspend themselves from gambling.