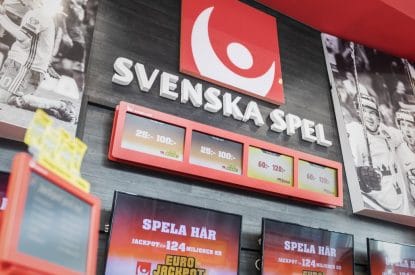 Swedish gambling operator Svenska Spel has said that gambling did not increase in Sweden during the first months of the Covid-19 pandemic, but there are signs that those who had previously shown problematic gambling also played more. This is shown by several studies that were presented when Svenska Spel’s independent research council conducted the annual Research Day last Monday.

This year, the research day was compressed into a 90-minute webinar with a packed program. Two studies presented by Filip Lindner, researcher at Karolinska Institutet, and Anders Håkansson, professor at Lund University, both addressed how gambling was affected during the first months of the pandemic, and the conclusion in both studies was largely the same – no increased gambling, but those who already have gambling problems also played more.

Sara Lindholm, chairman of Svenska Spel’s independent research council, said: “This is not so strange considering that there was no range of sports games during most of the spring. These are two rather small and limited studies from which one may not draw any major conclusions, but they give indications that gambling did not increase.”

In Filip Lindner’s investigation, it could also be stated that no increase in gambling problems had taken place in accordance with the limit laid down in the temporary Gambling Ordinance.

Anders Håkansson could see similar results in his research. Most did not play anymore because of Covid-19, rather there were more who played less. However, one could see tendencies to very high gambling problems in the group that reported increased gambling.

The signals also agreed well with the observations made by Anna Söderpalm Gordh, senior lecturer at the University of Gothenburg, and Anders Håkansson, who both work clinically at the addiction center, that they had not seen any increase in referrals to their respective clinics.

“Nor did the guideline see any increased pressure during the first phase of the pandemic, and it will be exciting to see if it continues,” Ms Lindholm added.

Per Binde, associate professor at the University of Gothenburg, presented a study of Swedish rulings during the period 2014-2018 where he and his research colleagues looked at crime linked to gambling problems.

“It is an admirable effort to read almost 300 judgements where the word gambling addiction was included. He had made an interesting analysis between men and women, age groups, type of crime, where they lived and how the game was linked to crime,” Ms. Lundholm explained. “And there was a clear difference between the sexes. Women who committed criminal acts linked to gambling problems more often lived in smaller cities and had no previous criminal background, while men more often lived in larger cities and had a different criminal record. It is human destiny that is behind the numbers. The desperation of people that drives them to crime to be able to finance their gambling addiction is extremely tragic.”