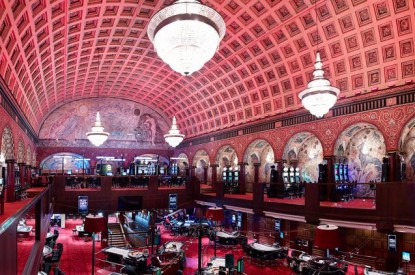 The proportion of what its calls ‘sound revenues and healthy customers increases’ have increased for Swedish gambling operator Svenska Spel during the second quarter of the year thanks to strengthened responsible gaming measures.

The Group’s revenues increased as Casino Cosmopol has been open this year, following the COVID closures enforced by the pandemic. The Group’s earnings and operating margin are decreasing slightly as a result of increased costs in priority focus areas, but also as an expected effect of the focus on sustainable gaming.

“We see a positive development in the share of healthy revenues as a result of our strengthened responsible gaming measures. We continue to provide our customers with entertaining gaming experiences in a responsible way, as we want gambling to be a joy for everyone,” said Patrik Hofbauer, President and CEO of Svenska Spel.

The Svenska Spel Group’s net gaming revenue for the quarter is SEK 1,963 M (1,938), an increase of one per cent compared to the same quarter last year. Operating profit of SEK 531 M (574) is a decrease of seven per cent and the operating margin amounts to 27 per cent. The decrease is due to higher costs for, among other things, investments in technology and product development.

Net gaming revenues for the Sport & Casino business area decreased by 19 percent compared to the same quarter last year. The investment in strengthened responsible gaming measures has the intended positive effect on the share of healthy revenues and customers, but as expected has a negative impact on revenues. The sports games also face strong comparative figures as last year featured a major championship.

For the Tur business area, net gaming revenues are at the same level as the corresponding quarter last year. The launch of two draws per week for Eurojackpot has been successful and during the quarter Eurojackpot reached its highest ever in terms of online gambling.

The Casino Cosmopol & Vegas business area increases net gaming revenues by 95 per cent. This compared to the same quarter last year when the group’s three Casino Cosmopol were completely closed as a result of the pandemic.

For the Group as a whole, the online business is down five per cent compared to the same quarter last year, accounting for 48 per cent of the Group’s revenue during the quarter. The reason is a continued challenging comparison with 2021, which was a very strong year online, as well as reduced net gaming revenues for the Sport & Casino business area.

During the quarter, Svenska Spel distributed 80m winnings in number games and lottery tickets with a total value of almost SEK 180 million. Lotto’s Second Chance accounted for 20 of the million winnings with winners from Gällivare in the north to Malmö in the south. The highest profit for the quarter fell on Eurojackpot with just over SEK 20.8m. During the quarter, a total of 11m winnings were also awarded on sports betting. Stryktipset delivered the biggest profit of the year so far with more than SEK 7.5m to a winner. High Five got their first million win, over 1.6m, which is the biggest win awarded on the game.

Svenska Spel Sport & Casino has signed an agreement with Svensk Travsport, which provides good conditions for developing a complete offering on Swedish trot to customers. The agreement extends over three years and will provide access to sports data and streaming of Swedish trotting races.

Svenska Spel continues to work for greater equality in sports so that everyone who wants to be able to play sports on equal terms. Within the sponsorship cooperation with e-sports, Svenska Spel together with the Swedish E-sports Federation has had the pleasure of presenting the first women’s national team in CS:GO, which is another step towards a more equal and equal sports movement.

The agreement with Svenska Spel’s independent research council has been renewed, and the same applies to Sweden’s only professorship in gambling addiction at Lund University. This means that Swedish research on gambling addiction will receive continued funding for five years to come.