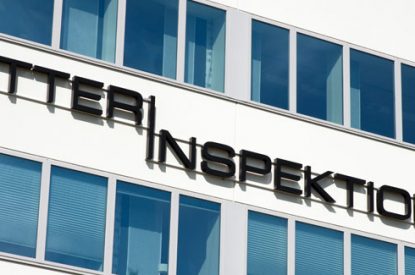 The Swedish Gambling Authority Lotteriinspektionen has advised that the country should scrap its monopolistic approach to online gaming and open the market up to international operators.

The government-sponsored review, led by Lotteriinspektionen Director General Håkan Hallstedt, recommends that once licensed, online operators should be subject to a tax of 18 per cent on their gross gaming revenue.

Svenska Spel, the state-owned gambling operator, would retain its monopoly on casino and lottery operations. It operates four casinos via its subsidiary Cosmopol in Stockholm, Gothenburg, Malmo and Sundsvall.it operates lottery brands sich as Lotto, Triss, Stryktipset and Oddset.

Sweden has given birth to many online companies including Mr Green, Cherry, Yggdrasil, Betsson, Evolution Gaming and Kindred.

Following the publication of the report there is expected to be a period of consultation. With a general election in September next year, the aim will be to legislate long before that date.
A period of industry consultation is expected to follow Friday’s report and final legislation may not arrive until December. Whatever legislation emerges from this process, it needs to be approved before September 2018, when the country holds its next general election.

Mr. Hallstedt is due to step down as director general of Lotteriinspektionen once he comes to the end of his second term in the position in May, having served as the regulator’s director general since September 2008.

In recent years, offshore gambling operators have grown steadily in Sweden. Throughout 2016, they accounted for 23 per cent of the total Swedish gambling market turnover. Offshore gambling from Swedish punters grew at 16 per cent during 2016, while Swedish based gambling grew at two per cent. During the second half of 2016, offshore companies accounted for approximately 70 per cent of Swedes’ total monthly spend on sports betting, even though they only attracted 35 per cent of all sports gamblers.
Swedish analytical group Mediavision listed Unibet, Bet365, and Betsson as being the most successful offshore betting groups. The three brands attracted between 70,000 and 120,000 sports betting Swedes during an average month, in the second half of 2016.

Arvid Åsbrink, Senior Analyst at Mediavision said: “Sports betting is a gambling type that clearly illustrates how offshore gambling operators compete with operators regulated in Sweden. Moving forward, the competition will likely also get tougher within other types of gambling. The fact that online casino is exclusive for operators based outside Sweden is something a market re-regulation could change. Meanwhile, we see how an increasing number of operators have shifted their interest towards horse racing, a gambling type that accounts for a significant share of the Swedish gambling market’s turnover. We expect significant change on several levels throughout the years to come.”

Analysts predict that a regulated Swedish market would be lucrative. More than 80 per cent of the country’s population uses the Internet on a daily basis with hand-access becoming more popular. The popularity of e-sports is also growing rapidly. On an average day, almost 400,000 Swedes watch e-sports making it considerably more popular than traditional sports online.