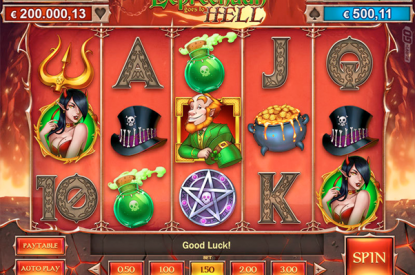 The premium exclusive title is the fifth produced by the Swedish supplier specifically for the Stockholm-listed operator.

The exclusive title includes a reel re-spin and free spin feature, as well as a fiery inferno bonus game where players who stay cool have the chance to win up to two fixed and two progressive jackpots.
Martin Zettergren, COO of Play’n GO, said: “We are thrilled to launch another premium, exclusive title with our partners Unibet. Leprechaun Goes to Egypt was immensely successful for both parties and we’re extremely happy with the beginning of Leprechaun’s new adventure. Unibet players have already taken to the new title in their droves and we’re delighted with the early performance data from the game. Leprechaun Goes to Hell is set to be a sizzling summer success.”

Fredrik Kjell, Head of Gaming at Unibet, said: “Play’n GO is known for their innovative, premium game design, so we’re excited to be able to partner with them on another bespoke title for our players.”
Play’n GO’s games are prominent on the sites of more than 100 operators and are now available in more than 32 languages.