Taiwan – Kinmen votes no to casinos 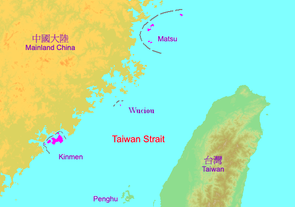 The people of the Kinmen islands have said an emphatic ‘no’ to casino gaming being introduced onto the island in a referendum that saw 24,368 people vote no and only 2,705 vote yes.

In January 2009 Taiwan lifted the ban on gambling on the outlying islands paving the way for local referendums to decide if casino should be allowed. The Kinmen rebuttal follows similar results in Penghu in 2009 and 2016. A positive result in Matsu in 2012 wasn’t offered any support from Taiwan’s national government.

Opposition in Kinmen came not only from religious groups but also from neighbouring China, which is only half an hour away by boat. Politicians in Fujian said they would halt direct ferry links if gambling was approved amid fears that Kinmen casinos would target Chinese players.