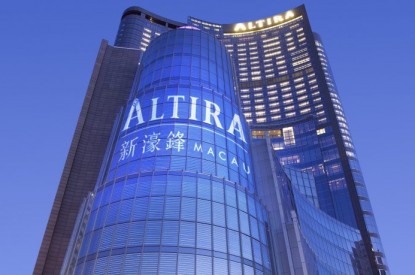 The claim made by Taiwanese prosecutors that a subsidiary of Melco Crown transferred the equivalent of US$192m between Taiwan and Macau has now been made public.

The Taipei District Prosecutors Office has alleged that the Taipei branch of Hong Kong-based MCE International channelled more than $NT5.4bn for high-rollers to use at Melco Crown’s City of Dreams and Altira properties in a deliberate violation of foreign exchange controls.

The indictment said: “The illegal conduct of the defendant MCE International and the other defendants is suspected to have harmed this country’s financial order.”

The money was transferred between July 2009 and January 2013, when Rowen Craigie, Crown Limited’s chief executive, was a director of MCE International.

The indictment from the Taipei District Prosecutors Office charges four employees including Wang Yen-sheng, Sung Hou-shuan and the operators behind the Bo Ying VIP room at City of Dreams.
Melco Crown said it “will defend vigorously any indictment brought against us, as based on Taiwan legal advice received, we believe our operations in Taiwan are in compliance with Taiwan laws.”

“Whilst we believe the indictment will not have any immediate material impact on our business operations or financial position, we will monitor this case closely and will make further disclosure, as and when appropriate, as this case develops,” the statement added.