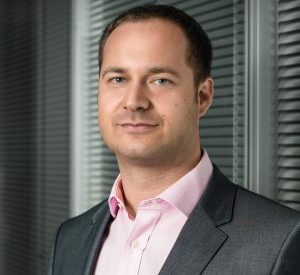 Every game developer has a tentpole game, a key title that put their name on the map. A game that cut through the noise of game releases and established not only the game’s brand, but underpins the standing of the creator in the industry. G3 interviews Tom Horn Gaming CEO, Ondrej Lapides, about his company’s break-through title, 243 Crystal Fruits.

The reason is pretty simple. Ever since its release the game has been performing exceptionally well across all markets. 243 Crystal Fruits not only generates revenues, it also enjoys huge popularity among players since day one.

How important is it to have a standout game such as 243 Crystal Fruits within the games compilation?

To be in the list of flagship, the game must be best in all aspects – design, gameplay, math, entertainment it provides, sales it generates. Flagship games are of key importance for many companies as they produce sales with relatively small marketing efforts and they can help increase perceived brand innovativeness.

At the same time their popularity provides a platform for further game development, which enables a provider to recycle the successful formula in new titles. What is even more important is that a flagship game provides players with the opportunity to experience first-class entertainment that is exceptional and unforgettable and (hopefully) stands the test of time.

Creating such a game is a hard task and many often draw blank. On the other hand, when you succeed, there is no better reward than seeing players constantly return to play and enjoy the game.

What was the background to the creation of 243 Crystal Fruits? Where was Tom Horn Gaming as a company at this stage?

Fruit games have always been popular and we wanted to delve into this tried- and-tested concept and present a modern day take on the classic fruit slot that would appeal not only to traditional fruit slot buffs, but also to new younger audiences.

In line with our values of innovation and passion we decided to mix up the old theme and embed it with a futuristic look and new exciting mechanics. From a gameplay perspective we are always keen to introduce new innovative features or build upon successful and player-loved features. With 243 Crystal Fruits we introduced a new powerful feature, which back then didn’t exist, and we completely changed the game from the payouts perspective.

In the time of the development of 243 Crystal Fruits as a company we were certainly on the up and up with many exciting developments occurring – we opened a new office in Kyiv and were awarded a MGA licence. We were enjoying steady growth, and expanded our operation and business reach into new markets.

Were you taken aback by the popularity of the game? Did you have an inkling during development that it could be a hit?

Considering that the whole game development went well and smoothly from the very beginning the game’s popularity didn’t come as a big surprise. In its early days, shortly after the general release, one of our key partners was so enthralled by the game that he praised it and talked about it to other industry peers wherever he went, thus creating for the game unparalleled word-of-mouth marketing.

This praise from one of the industry veteran’s also meant that with 243 Crystal Fruits we struck exactly the right note and it was going to be well received across the board.

What were the key elements in creating the retro theme? How important was instilling a sense of nostalgia?

Almost every fruit game is nostalgic with different levels of modernisation. The point is how well you pull these two contrasting elements off in order to roll out a successful title. The theme of 243 Crystal Fruits is nostalgic if you like. But the game as such is completely contemporary. For instance, our recent release FRUITS GO POP! is also a retro game.

However, its visuals are built on new, modern principles and a new approach to the theme. This makes it a contemporary game that resonates with contemporary players but it still instills that precious feeling of nostalgia craved by some ‘old school’ punters.

The nostalgia and tradition of the theme lends itself perfectly to making the game come across as a fun and highly entertaining title that will bring excitement to players. Add some modern twists and contemporary ingredients and you get a modern classic, such as 243 Crystal Fruits, that can be enjoyed by players for years to come.

From a gameplay perspective, what differentiates 243 Crystal Fruits from other games released in that period?

The game was released in early 2017. Back then our portfolio featured a number of themes, which were mostly story-based. 243 Crystal Fruits returned to an evergreen topic of the fruit game and commenced a new era, in which we started to reinterpret old themes and present them through the prism of contemporary player and creator.

From a gameplay perspective we also embarked on a new path, combining beloved tried- and-tested approaches with new exciting features in superb slots with a unique feel.

From graphics and art style through to sound, how did 243 Crystal Fruits successfully marry its retro fruit theme with a modern twist?

Traditional fruits in 243 Crystal Fruits received a futuristic crystalline makeover. I think visually it looks amazing, with beautiful glowing effects when winning lines appear along with light beams shooting around the game field, which emphasises the game’s futuristic setting.

What role did combining these two characteristics – retro and modern – play in the success of 243 Crystal Fruits? How delicate was this balancing act from a design perspective?

Retro and modern elements were combined into one superb slot with unique ways of linking the old-school classic look, with some contemporary upgrades, immersive soundtrack, crisp graphics, and a new engaging feature in a very exciting way. It was indeed a very delicate act to balance all ingredients to get the right concoction. A formula to the game’s success is obviously a secret.

If 243 Crystal Fruits was launched in 2021, do you think it would still stand out and outperform the myriad of other fruit games burgeoning in operator lobbies?

Absolutely! As we can see the game is still our top performer and it competes well with other fruit titles. 243 Crystal Fruits enjoys top positions across operator lobbies and we can believe it is one of the best fruit games ever produced in the industry.

A number of branded versions that we have developed for some of our closest partners is another testament that the game is hugely sought-after by players and constantly generates high revenues and outperforms other titles.

Do you attribute the continued appeal of 243 Crystal Fruits on mobile and online to this recognition from land-based, or vice versa?

The game was released across all devices and environments and has been equally popular across the board since its roll-out.

How important was 243 Crystal Fruits in the success and establishment of Tom Horn Gaming as a games supplier and developer?

The establishment of Tom Horn as a leading igaming supplier is the result of various factors – from internal restructuring, onboarding of the best igaming talent to implementation of new technologies and tools, as well as our dedication to solve our customers’ key problems while remaining relevant and focused on facilitating their growth.

The success of a company doesn’t come from just one product. The product is part of a wider portfolio. The only recipe for sustained success is to constantly bring new attractive products to the fore whilst satisfying the changing needs and expectations of business partners.

Can Tom Horn Gaming ever replicate the success of 243 Crystal Fruits in terms of what the game has achieved commercially and for the Tom Horn brand?

When we develop games, we’re always mindful of the necessity to juggle all aspects – from commercial needs to gameplay, entertainment and engagement requirements. As mentioned before, in 243 Crystal Fruits we managed to concoct the game that has a long-lasting appeal to different audiences in many geographic markets.

Not surprisingly, the title has its younger follower 243 Crystal Fruits Reversed. As the name suggests, we took the original theme and mechanics, tweaked it and reversed. The fruit symbols look even more contemporary and unlike in 243 Crystal Fruits, winning symbols don’t explode but lock in place leaving space for another respin with a higher multiplier and the higher win potential.

How much license do you take in terms of iterating upon the 243 Crystal Fruits formula?

It is important to keep original elements which players are familiar with, but also to add some new twists such as interesting new features and graphics that are more contemporary to expand the game’s appeal to wider audiences.

There are no exact guidelines to suggest how much of which ingredient should be included or how much you can divert from the original concept. You either feel it or not.

What is the future of 243 Crystal Fruits?

To be played and enjoyed by players forever.