The Netherlands: a market in near permanent state of flux 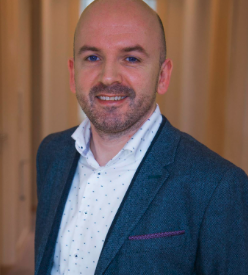 With 14 venues, state-owned Holland Casino enjoys a monopoly for the operation of casinos in the Netherlands, offering a combination of table games and slot machines. In 2019 Holland Casino generated €729m in revenue, €289m derived from table games. In the same year there were 268 arcades containing 17,884 slot machines, with another 15,005 slot machines spread across 7,577 bars and restaurants.

The Netherlands Lottery Organisation (NLO), whose offer includes the state lottery, generated revenues of €1.32bn in 2019. In 2018, the total revenue across all lotteries (including incidental and charity lotteries) was €2.01bn.

ZEbetting and Gaming holds the landbased horserace betting monopoly, whilst the NLO holds the monopoly for sports-betting. In 2018, total betting revenues amounted to €224m, of which €202.5m was generated from sports-betting. No licences are currently available for online gambling, making such offers illegal. H2 Gambling Capital (H2GC) estimates that in 2018 offshore gambling in the Netherlands was worth €248m GGR.

The first official Covid-19 case was reported on February 27. On March 12 the Netherlands started to go into what would become known, within a few days, as an “intelligent lockdown”; it became necessary to work from home and many aspects of public life were closed, including bars, restaurants, arcades and casinos, but also sex clubs and coffee shops. “Social distancing”, at 1.5 metres, was introduced.

On July 24 the Netherlands counted just over 52,000 cases, with just over 6,100 deaths. Since May many of the restrictions associated with the intelligent lockdown have gradually been eased. Initially it was expected that arcades and Holland Casino venues would have to wait until September 1 before they could open their doors. However, this date was brought forward to July 1.

The salaries of employees of Holland Casino were largely taken over by the State and the State will not receive the €68m profit Holland Casino generated in 2019. Sports betting has also been impacted, for most of spring 2020 bets could only be placed on competitions in places such as Belarus or Nicaragua.

In a report commissioned by Holland Casino and the arcade sector’s trade association, H2GC predicted that in 2020 the landbased casino and arcade sector will see a 48 per cent slump in GGR, compared to 2019 (under the assumption that venues would remain closed until September 1). H2GC also estimated an increase of 17 per cent GGR for the offshore gambling market, from €248m in 2019 to €290m in 2020. The actual impact remains to be seen.

In mid-March the Gambling Authority announced that it would take enforcement action against parties seeking to take advantage of the pandemic through advertising “Corona free gambling”. In a July 24 press release the Authority stated that it informed 14 advertisers of its intention to serve orders subject to a penalty payment should the advertising continue. Discontinuation resulted.

It remains to be seen what the eventual impact of Covid-19 will be on the landbased market, which in part will depend on how quickly the sporting calendar gets back into shape.

As one of the last Member States to licence online gambling, the Netherlands adopted the Remote Gambling Act in February 2019. This Act has not yet entered into force, it was expected to do so on January 1 2021 and it is clear from parliamentary discussions that the competent Minister expects there to be a few months of delay; parliament is still to be informed by letter as to the exact date that this will happen. Entry into force will see the licensing process open, and six months later the first locally licensed operations should be going live.

The overall gambling market in the Netherlands will be in a state of change in the coming years, not only as a reflection of society’s broader response to Covid-19, but also with the licensing of remote gambling and possible further changes thereafter.