The Netherlands – iGB Live! esports betting and engagement feature to be hosted by Ryan Hart 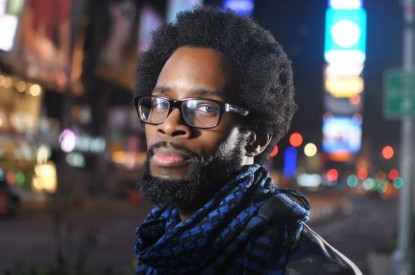 Clarion Gaming, organisers of iGB Live! and iGB Affiliate Amsterdam, which will be the first large scale in-person gaming events to take place for over 18 months when they open at RAI Amsterdam (28 September – 1 October), has confirmed details of an in-depth educational esports feature designed to help operators benefit from a global phenomenon which is generating annual betting revenues estimated to be worth $13bn.

William Harding, Clarion’s Head of Esports, and the person responsible for curating the ground breaking iGB Live! feature explained: “The activation has been created to help demystify a sector whose global viewership is predicted to surge from its current level of 495 million people to 646 million by 2023. Esports commentator and pro gamer Ryan Hart, who has just set a Guinness World Record for the most consecutive opponents on Street Fighter V going up against 260 people over 11 hours, will host the first iGB SFV tournament live for onsite attendees and Twitch viewers. The iGB audience will be able to listen to the commentary and watch the game unfold. Esports fans will be encouraged to make match predictions on Twitch using channel points.”

He added: “As well as shining a light on the culture surrounding esports we will also be delivering ten fully produced 30-minute practical presentations covering topics including data in esports, how to deploy esports influencers as affiliates, payments and esports, as well as unravelling key viewership analytics with the core objective of helping the iGB Live! audience to deepen their knowledge of esports betting and its credentials as a significant revenue stream.”

Naomi Barton, Portfolio Director responsible for iGB Live!/iGB Affiliate Amsterdam confirmed the importance of the initiative. She said: “The iGB Live! esports Streamers feature encapsulates the value of the return of in-person events. Being able to bring the industry together face-to-face makes it so much easier to be able to explain this huge and growing global market, demonstrating how the industry can reach out and engage with esports fans, the commercial weight of esports streamers when used as betting affiliates, and exactly how and which components of the esports ecosystem are relevant to the betting market.

“Practical insight delivered by experts and made digestible with plenty of opportunities to network – it’s what the in-person experience is all about.”
The finals of the iGB Hart Cup will take place 30 September at iGB Live! with a prize pool of £4,000 split between the top eight Street Fighter V players.
All attendees to iGB Live! and iGB Affiliate Amsterdam can qualify for exemption from quarantine in the Netherlands (EU travellers do not need to quarantine anyway). For instructions click here: https://www.igblive.com/event-info/quarantine-exemption-instructions