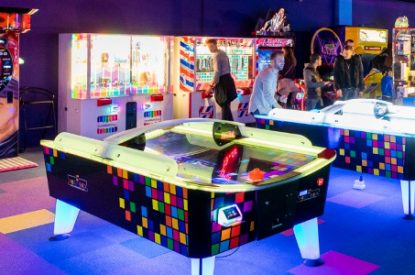 Dutch regulator Kansspelautoriteit (KSA) is backing the move to ban gaming machines from family arcades in a bid to reduce underage gambling.

The plan of action has been presented by Family Entertainment Centers Nederland, who said it was difficult to monitor and control gaming machines in the venues which include, skill games and machines like pinball and air hockey, many of which are aimed at all the family.

FEC Netherlands said: “Responsible entrepreneurship and a focus on responsible gaming is one of the spearheads of FEC Netherlands. Our members only have games and games that are legally approved and meet the legal standards that protect players. For example, agility machines require a model permission and an operating license. In addition, they are aware of the duty of care you have as a FEC to prevent addiction and they develop an active prevention policy.

“However, the vast majority of players have an afternoon of fun or a night out with a group of friends and stay within their own limits. A small proportion of the players have more difficulty with this. These players have our care and attention. Our members know their responsibility and take their duty of care very seriously. Informing players, addressing gaming behavior by employees who have been trained for this and referring to professional assistance is part of this.”

The KSA said: “The KSA had been in discussion with the industry on this topic for some time. In arcade halls, also known as amusement centers, there are often so-called fairground machines. The Games of Chance Act makes an exception for these machines. The legislator, who made this law in 1964, envisioned vending machines at travelling fairs and in amusement and holiday parks. The risk of developing gambling addiction in places where people stay for a short time was considered small. The exception means that no model permission (inspection) and operating permit are required for fairground machines. The disadvantage of this is that proper supervision is not possible.”

Over time, permanent entertainment centers, such as arcade halls, have sprung up in many places. There are predominantly fairground machines in these halls. The KSA is concerned about this, because minors in these centers could come into contact with games of chance. In 2017, the KSA conducted an initial investigation into the arcade halls. Recent follow-up research shows that arcade halls have many fairground machines that contain games of chance to a greater or lesser extent.