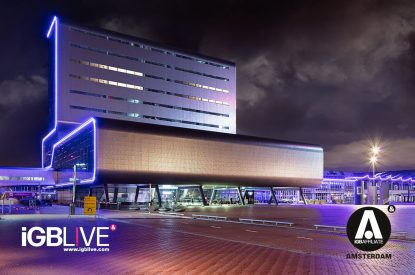 Clarion Gaming, organisers of iGB Live! and the co-located iGB Affiliate Amsterdam (September 28 to October 1, RAI Amsterdam) which will make history by becoming the first established in-person gaming industry events of 2021, has confirmed details of new business-centric at-show features which have been created to meet the needs of the iGaming and Affiliate communities. The features comprise the iGB Slots Pavillion, iGB eSports Streamers and MATCH!/VIP Programme.

iGB Live! portfolio director Naomi Barton said: “We are delighted and honoured to be bringing the entire iGaming and Affiliate communities together in a physical environment for the first time in 2021. It’s amazing to reflect that the last major b2b in-person event was our sister show ICE London in February 2020, a fact that makes September even more significant for the industry.”

Expanding on the addition of new content and features to the iGB Live! experience, she said: “The Slots Pavilion will comprise one central marketplace featuring operators, both new and established games studios, aggregators and platforms as well as affiliates. Key trends that will be explored include the evolution of hybrid slot games that blend skill and chance as a strategy to engage with new generations of younger players including those who play in groups.

“Alongside the Slots Pavilion, delegates will have access to the iGB eSports Streamers activation, which will showcase the critical role streamers play in the affiliate and core eSport betting sector. The MATCH!/VIP Programme is an initiative that’s been developed to connect the right buyers with the right sellers/suppliers in a live environment and in order to facilitate productive business networking.”

She concluded: “The level of enquires and the feedback received by the team suggests that the entire industry is focussed on Amsterdam including stakeholders who would normally associate with ICE London as well representatives of land-based operators who, as a result of their Covid experiences will be there to meet with the main players in the i-gaming space in order to explore diversification opportunities.

“Momentum is building and there’s huge pent up demand to be part of what promises to be a landmark edition of iGB Live!, alongside iGB Affiliate Amsterdam.

“I would be delighted to hear from any of our stakeholders who would like to help shape the look, feel and content of what will be the most important event of 2021.