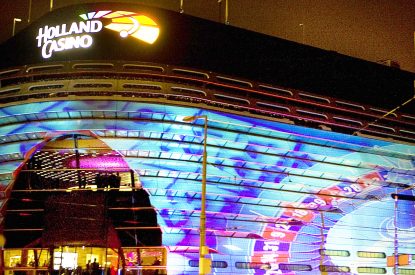 Members of the ruling coalition parties have submitted a proposal which could prove to be a serious setback for operators looking to become involved in the online gaming market in Holland.

Members of the coalition have put forward amendments to the proposed Remote Gambling Bill which would increase the tax rate from 20 per cent GGR to 29 per cent. This is the same tax rate which was initially considered back in early 2013 and reflects the rate which is currently in place regarding the brick-and-mortar Holland Casinos. The new tax would mean an initially uniform tax rate of 29 per cent for both online and land based operators. This would gradually be reduced to 25 per cent three years after online gambling is legalised.

In May 2014 Holland’s Council of State argued that the 20 per cent tax rate could be considered as unjustified and unequal treatment when compared to the tax rate imposed upon land-based operations. However, the State Secretary at the time Fred Teeven argued that any disadvantages arising from these rates were outweighed by the importance of achieving the goal of a high level of legality in the market (80 per cent). In addition under previous proposals operators would also have to contribute 0.5 per cent of turnover to a fund aimed at curbing addiction to gambling as well as a further 1.5 per cent on turnover, which would go to the Dutch Gaming Authority (KSA).

Lawmakers claim that the uniform tax rate would create fairer market conditions but the news will come as a surprise to many operators.

Only last month State Secretary Klaas Dijkhoff answered the second round of questions regarding the Dutch remote gaming bill. Once again he rejected proposals to change the tax rate to 29 per cent arguing that it was necessary to ensure that a sufficient number of online players will be channelled towards licensed operators. He said that increasing the rate for remote gaming would increase the risk that Dutch players would turn to more attractive, more cost-competitive, unlicensed sites. He added that research from other EU countries showed that a tax rate of 20 per cent was the upper limit to achieving the channelling objectives desired by the Dutch government.

“It is easy for a player to find a better alternative on the Internet,” he said. “It is therefore necessary that the future licensees offer a sufficiently attractive and wide range of games of chance on distance to direct players to create the legal offer.”

Mr. Dijkhoff doesn’t believe that lowering the tax rate for land-based operators is not an option either as even if the tax rate for land-based gaming was lowered by one per cent, the government would incur huge losses. The minister’s response was welcomed by industry insiders who said that it was clear that the government had learned from past mistakes from other jurisdictions which had set the tax rate too high making it hard for operators to make a profit and had discouraged players from playing via licensed sites.

Politicians from the ruling coalition parties are united in their stance.

Representative Jeroen van Wijngaarden of the People’s Party for Freedom and Democracy (VVD) said: “It’s one market, so we want one tax rate. Let’s not make taxes any more complicated than they already are.”

He added that there was ‘a lack of political support in Parliament’ for introducing differentiated tax rates.

Mei Li Vos of the Labour party (PvdA) slammed the suggestion of differentiated tax rates as ‘rather ridiculous.’

Rutger-Jan Hebben of Speel Verantwoord, an online trade association in The Netherlands believes the move to a higher taxation would result in ‘a less attractive product offering for Dutch players.’

“The proposal of VVD and PvdA results in a less attractive offer for the Dutch player,” he said. “The game variety and the distribution percentages outside the Netherlands will be much more attractive. Of the million people who are already playing online in the Netherlands, a large percentage will therefore not use the regulated supply in the Netherlands. If there must be a uniform tax rate, it should apply to all equally, including land-based lotteries which are currently paying, as the Netherlands Gaming Authority recently concluded, an effective tax rate that is far lower.”

A recent study by Motivation revealed that Dutch gamblers already spend €500m on online gambling each year. Coalition parties VVD and PvdA have though submitted the proposal to the Tweede Kamer, lower house of parliament, for the uniform tax rate with the new laws excepted to be passed ‘sooner rather than later’ according to Mei Li Vos.