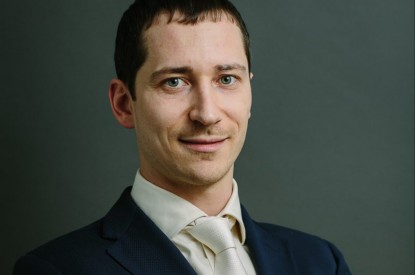 The release of the KamaGames Token by KamaGames, the largest social mobile poker operator in Europe, on September 24 will be unique in a few different ways, firstly due to the size of its player base. It boasts Daily Active Users of over 530,000 and a download of over 1m. Its’ flagship title Pokerist, was the #1 grossing app in 101 countries on the App Store and one of the Top 5 grossing apps in 45 countries on Google Play.

In terms of mindset, its player base won’t be doing anything differently. It has been brought up on a business model of only being able to purchase in-game chips that can’t be redeemed for cash and so stay forever in the KamaGames economy. KamaGames makes 99.5 per cent of its revenue from these in-app purchases. This is also the first token sale ever to be held by a social casino gaming company.

KamaGames burst into the social space with the launch of its Pokerist Texas Poker game in 2010 using model Carmen Electra as the face of the game. With it being a peer-to-peer game with an almost non-existent rake, the virtual chips stayed in the economy of the game so it later added 3D roulette and 3D Blackjack both using the –“ist” suffix made famous by its predecessor to better control the economy and take the chips out of the game. Partnerships with Manchester United and Apple TV followed as did further games, tournaments and party modes. This year in March, it launched its first slots application, which is the number one game for removing chips. It has more table games on the conveyor belt for this year including Teen Patti, designed especially for players in India, as well as 10 more slots.

Working in a similar method to other tokens, the KamaGames Token will use existing Blockchain technology and the Ethereum cryptocurrency platform. Just like the everyday purchase of in-game chips by the existing player-base, they will be available as a collection of virtual currency chips but will be sold in a bulk block at the best price possible, giving players a much better playing value if not quite a return on their investment. Over time, players will be able to exchange KamaGames Tokens for a higher and higher number of chips. The most patient of players will be rewarded with a maximum 11-fold growth for leaving their tokens untouched.

Andrey Kuznetsov, CEO of KamaGames, explained the thinking behind the offer: “We want to offer products at the cutting edge of technology and always try to offer something new and exciting to our players. We have games for all age groups, demographics and territories. The KamaGames Token sale is a fantastic opportunity to not only thank our players but to also show how KamaGames is passionate about embracing new technologies. We are the first social casino developer ever to offer a bespoke cryptocurrency to our players.”

The offer will have a global reach. Chips will be available at their best ever price and players can buy with bank cards, wire transfers or cryptocurrency. “We have whales who have spent hundreds of thousands of dollars on our chips but we aren’t asking people to spend hundreds of dollars on our tokens,” Mr. Kuznetsov explained. “They can buy our tokens for ten dollars. We already do up to four chip sales a week. The difference here with the token is that we are giving players the opportunity to hold tokens over time and get more chips later as well as bonus chips along the way. We have been looking at what we could do in the crypto space for a while now and feel that the technology behind it has reached a level, especially the speed of the blockchain, to sustain our huge database. We have also been approached by our players asking if they could pay in crypto.”

Despite the expected return of $25m for the token sale as well as the company handing out an extra $6m in bonus tokens and $250,000 in bounty, this is not about generating extra revenue. Mr. Kuznetsov explained: “We have been consistently profitable with an unprecedented rate of growth for the past nine consecutive quarters. Last year our revenue increased by 63.4 per cent year on year to $57.5m.”

It’s staggering to digest that all this revenue has come from in-game virtual chip purchases for a game that makes the player no money, but it is clearly working. The first quarter of 2018 saw another spike with revenues increasing by 47.9 per cent compared to Q1 2017.

“People play social poker for all sorts of reasons,” Mr. Kuznetsov said. “We offer a social network very much like Facebook. It’s a peer-to-peer game which lends itself perfectly. People come to play, to practice, to make friends or find love all on the back of a shared love for poker. Poker really is the evergreen for us. The launch of the KamaGames Token will reward these people and help us to attract a new, additional audience as well as rewarding our existing players. We think that delivering 11 times its original purchase value in virtual chips will make this token sale appealing to our existing player base, new players from the world of poker and people from the blockchain side of things.”

KamaGames is currently the third biggest social poker network in the world behind some very established brands; Zynga who enjoyed first mover advantage with its partnerships with Facebook and World Poker Tour, which obviously has a globally recognised brand, and Playtika, who in conjunction with Caesars powers the World Series of Poker social app. Research from Eilers & Krejcik Gaming pitches the current market value of social poker to be just shy of $5bn.

“This is obviously not an opportunity for investors or players looking for a financial gain as the investment stays within the KamaGames economy,” Mr. Kuznetsov added. “We’re confident though that this launch will continue to raise our profile and help maintain the tremendous momentum that we’ve had this year. 2018 is shaping up to be our strongest year to date for growth, revenue and new game releases. We are very good at acquiring players from the conventional channels so we wanted to look at how we could attract a new, additional audience and to help drive the further expansion of the company’s network of clients whilst continuing to deliver first-class gaming experiences and services worldwide.”

The KamaGames Token has the functionality of a standard utility token and can be exchanged for in-game virtual currency at any time using an official KamaGames player account. Players will then use their account to redeem the free chips awarded daily along with any other discounts, bonuses or services that KamaGames will make available exclusively to token holders in the future.

The numbers involved are staggering. The exchange rate for the $25m of KamaGames Tokens is guaranteed to be increased by KamaGames at a rate of 25 per cent each month during the first 36 months and at a linear interest rate. That means that at purchase, each token will equal 7m chips. This will more than double in the first six months to 17.5m. After a year, one token will equal five times the original worth at 35m chips. By 36 months their value will peak at 77m chips, 11 times the original value.

All this begs the question of what risks this presents to the stability of the KamaGames economy. Mr. Kuznetsov admits there is some risk that the extra currency could cause inflation but that it has put tools in place to control the currency and keep everything stable. “Our research into how players play suggests they will exchange tokens for chips regularly rather than in one go,” he explained. “We have offers in place to convince players to retain their tokens rather than exchange them all for chips at once. We have a road map of five new games including slots which will help us take chips from the economy. We feel this is a win win situation for us and our players. We are really looking forward to analysing the demographics of the players attracted to our token launch as we feel this will be interesting for people involved in social poker, gambling and blockchain as whole.”