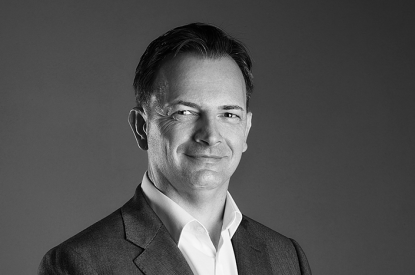 Customer interaction and the detection of problem gambling patterns are emerging as key trends in regulatory guidelines for many jurisdictions – and player tracking is a key tool for operators in player protection. The UK and Sweden are two countries that are already leveraging this knowledge for the benefit of players, while player tracking and early detection of problematic play is a cornerstone of Germany’s proposed new gambling law, which is likely to be introduced in 2021. The Danish gambling regulator also issued a new list of rules in early 2020, which specifically requires operators to detect problematic play and interact with players.

Player tracking, however, is only as good as the information available to the operator – a player might have several accounts with different operators, for example, making efficient tracking (and therefore intervention or management) impossible. If all of a player’s transactions could be viewed in one portal, giving a single customer view, it would mean that any operator-driven risk assessment was based on their overall gambling behaviour, rather than a narrow dataset.

In banking, a cross-bank approach is already in use with payment services, though for different reasons; the EU‘s PSD2 (Payment Service Directive 2) standards were published in the Official Journal of the European Union on March 13, 2018, and came into play from September 14, 2019. This directive sets rules for access to payment accounts for third-party payment service providers. Anybody can decide to transmit information from accounts with different banks to a third party provider for different reasons – one of which is a complete overview of all transactions in one application. Similar APIs (Application Programming Interface) could be used to handle multiple gambling accounts by one player.

In regulatory terms though, many obstacles would have to be negotiated for a jurisdiction to allow a cross-operator approach, with legal and commercial aspects leading the industry’s concerns.

Researchers have long emphasised the value of behavioural analytics in the field of responsible gambling – but how can objective information about a player’s habits actually help identify problematic play?

Tolerance is a key indicator, and in this context the word relates to whether an individual has to use a substance or follow an activity more and more in order to achieve the same degree of satisfaction. Analytically it is easy to grasp that one simply needs to look at increased stakes or time spent in order to identify this indicator in play.

Salience describes an already very high involvement and can be evaluated when looking at a gambler’s losses or intensity compared to others. Another useful tool is keeping watch for frequent changes in payment method and failed deposits. Multiple payment methods may be an indication of a lack of funds, while if a deposit regularly fails and the payment provider reports insufficient funds as the reason, there is a good chance that the player is playing outside their means.

Impulsivity is another trait of the problem player, and can be manifested in frequent in-session deposits, or deposits following a run of losses. This may indicate an inability to control the urge to gamble, and these players will rarely withdraw money from their gambling account, instead preferring to play until their balance hits zero.

Binge gamblers have also been described by academics studying the field. These players enjoy rare but intense gambling sessions, so a graph showing their play would be largely flat with infrequent major spikes. Of course, in sports bettors this could also be explained by a major international tournament like a World Cup.

How can this help operators to intervene when they believe a player is over-reaching financially? Research shows that players often underestimate losses and over-estimate wins – particularly those that play at a higher intensity, so feedback about their behaviour can be a critical intervention. Neccton’s mentor is a behavioural tracking and feedback tool that creates a form of cognitive dissonance for players, allowing them to see, for example, how their pattern of play (and spending) compare to other similar players. Because the same players distort reality and downplay losses, this normative feedback can give a form of cognitive dissonance that helps the player step back and look at their behaviour more logically, taking a mental breather and allowing them to subsequently make better decisions. The more feedback on their behaviour that problem gamblers receive, the more likely it is that their behaviour will change.

Players should always have access to this spend and play information, and it should be displayed in an easy to understand and graphically interesting way. It is even advised that players are regularly reminded to access the information or have it pop up in the play window occasionally as a reminder.

This feedback does not have to be in-play, numerical or graphical – it can also be a simple message, as research shows that information specifically addressing a particular behaviour leads to a decrease in problem gambling. Examples of such messages in mentor include: “We have noticed that you have been depositing increasing amounts of money into your account lately. Checking your transaction history regularly and updating your deposit limit can help you keep track of your spending”.

“Happy to see that you have recently won! Why don’t you use some of that money on a nice dinner or buy yourself something you want? Otherwise it could be gone faster than you think.”

The latter messages can nudge problematic players to withdraw some money they recently won and can help to break an intense gambling habit.

All of this is possible because online gambling operators know what their players do and can intercept undesired developments at a very early stage. The recency of the information or messages displayed of course plays an integral part. We do not want to show somebody what they did last week, but rather what they did just a few minutes ago; player tracking and customer interaction should be as real-time as possible. Technologically this is absolutely feasible as almost every operator uses real-time technology in CRM – so in the future, and for regulatory bodies, there are no excuses: we have the tools and the power to help people change their behaviour for the better, and enjoy gambling the way it should be enjoyed.

Notes about the author

Dr. Michael Auer holds a PhD in Psychology from Nottingham Trent University, and Masters degrees in Psychology, and also Statistics, from the University of Vienna. Dr. Auer is a regular speaker at gambling conferences, and has published numerous peer-reviewed papers on player tracking and responsible gaming. Dr. Auer played a pivotal role in developing a player-centric and science-based responsible gaming solution called mentor with his company Neccton, which allows him to evaluate responsible gaming features such as voluntary limit setting and dynamic pop-up messages. He views responsible gaming as a way of creating a fun and safe gambling environment.