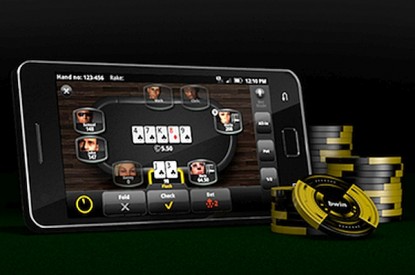 888 Holdings has confirmed it is buying Bwin.party in a deal worth £898m in what it describes as a ‘transformational opportunity.’

888 executive chairman Brian Mattingley said: “This is a transformational opportunity for 888 in the consolidating online gaming industry, which is expected to grow significantly over the coming years. We believe the deal creates one of the world’s leading online gaming operators. It’s all about scale. When you’ve got critical mass you can ride storms and take advantage of opportunities as they come along.”

Bwin’s chairman, Philip Yea, added: “Bringing our two groups together will generate substantial financial synergies for the benefit of both sets of shareholders and create a strong player with the breadth of product, brands and geographic coverage to grow faster than either business would be able to achieve standalone.”

Brokers Peel Hunt said: “Strategically the deal is compelling and the $70m of targeted synergies is no doubt a conservative number.”

The acquisition of Bwin Party by 888 will create a company with a combined market cap of
£1423mand create the fourth largest listed internet only betting company behind Betfair, Amaya and Playtech.

888 Holdings added: “The Board believes that there is significant industrial logic in a combination of 888 and bwin.party, benefiting both companies and all shareholders and accordingly, has submitted a proposal regarding the acquisition of the entire issued and to be issued share capital of bwin.party for consideration comprising cash and 888 shares.Due to the size of the proposed transaction, it would require, inter alia, the approval of 888 shareholders. 888 shareholders representing approximately 59 per cent of 888’s share capital have irrevocably committed, subject to customary conditions, to vote in favour of the proposed transaction.”

Panmure Gordon analysts said “We upgrade 888 from ‘Sell’ to ‘Hold’ following today’s acquisition, given the potential for significant synergies, whilst the combined group is likely to be highly cash generative potentially allowing for future shareholder returns.”