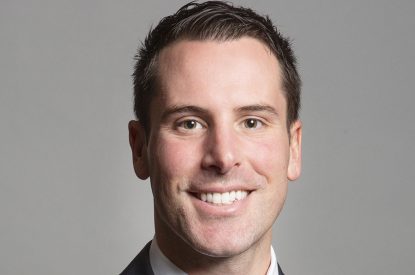 The Parliamentary All Party Betting & Gaming Group (APBGG) has announced the launch of its inquiry into the competence and effectiveness of the regulator of British gambling, the Gambling Commission (UKGC).

After receiving numerous criticisms of the regulator from members of the industry, the Group felt that the comments made about the UKGC in the reports issued by the Public Accounts Committee, National Audit Office and House of Lords Select Committee on the Social and Economic Impact of the Gambling Industry in 2020 did not cover the full breadth of the allegations they have heard made against it.

The APBGG is inviting all UK licensed operators and their advisers to go to the website (www.apbgg.org) and submit any evidence they have of the Gambling Commission acting in a way they feel is unacceptable of an industry regulator.

On the website, the APBGG provides examples of allegations made against the UKGC that they have heard over the last few years. The APBGG is particularly concerned that members of the industry may be too scared to publicly criticise the UKGC due to its power over them and that the only way to submit a complaint against the UKGC is to submit a complaint to the UKGC. The APBGG is therefore providing a platform for criticisms and complaints to be made in an anonymous manner. Industry members will have to declare themselves on their submissions so that the APBGG can verify their veracity but all submissions will then be anonymised.

The deadline for submissions is October 31st 2021

Should the level of submissions be sufficient to warrant the writing of a report, the APBGG will present its findings to the DCMS Review of the Gambling Act and invite the CEO of the Gambling Commission to attend a invited industry audience meeting of the Group to respond to the report.

Upon launching the Investigation, Scott Benton MP, Co-Chair of the Parliamentary All Party Betting & Gaming Group said: “As Co-Chairman of the All Party Betting and Gaming Group, I believe it is essential that the key player in our industry is challenged over its actions. For a number of years, industry members have come to us and complained about the activities of the Commission. They have been too scared to go public with their concerns, some even about the very legality of the Commission’s undertakings due to the Commission’s power over them. As they have no formal method of complaint apart from to the Commission itself, we feel it is our duty to provide a conduit for legitimate criticism of the regulator. We are pleased that the new interim CEO has been given the job of ‘rebooting’ the regulator, we hope that the findings of our investigation will help him and DDCMS answer some very serious concerns that the industry has. All the British gambling industry wants is a competent and effective regulator.”

The Parliamentary All-Party Betting & Gaming Group was set up by a group of Parliamentarians, who had taken part in the numerous debates on what would become the Gambling Act 2005. They wished to continue their interest in the British gambling industry and have over the years become respected as some of the most knowledgeable Parliamentarians on the subject.

Members of the Group are often the main contributors to any gambling debate in either House and their views are highly regarded in Westminster, Whitehall and Downing Street. The Group maintains a view that gambling should be legal and well-regulated but beyond that, encompasses a wide spectrum of beliefs into the extent and scope of gambling provision that should be allowed. Above all the Group wishes to engage with the stakeholders in the UK gambling industry, learn from them to educate the debate, while maintaining an independence of views.