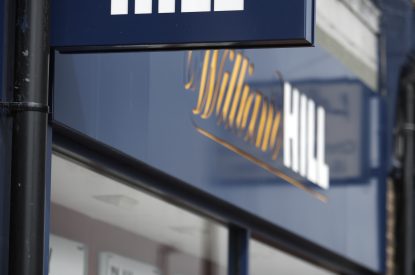 With other parts of its betting empire booming, William Hill has reacted to last month’s FOBT tax increase by saying it will close 109 betting shops.

Ralph Topping, Chief Executive, said William Hill had now reviewed shop profitability following the Chancellor’s decision to increase Machine Games Duty to 25 per cent from 20 per cent and as a direct result would have to put 420 jobs at risk.

“As a direct result of the Government’s unexpected announcement about an increase in Machine Games Duty to 25 per cent, we have reviewed shop profitability and will be closing a portfolio of 109 shops this year, putting 420 shop employees at risk of redundancy,” he said. “This is particularly disappointing as, through the economic downturn, we have worked hard to grow our retail base but this further planned increase in indirect taxation makes this action necessary.”

The announcement followed publication of William Hill’s 2014 Interim Management Statement in which the company highlighted the success of its US operating profit, which increased by 188 per cent. This was alongside growth in its online gaming sector which was up by 16 per cent whilst mobile was up by 142 per cent. William Hill’s online Sportsbook turnover was up by 39 per cent with mobile up 78 per cent.
Mr. Topping added: “Our focus on combining a broad and deep product range with outstanding user experiences and scale investment in marketing continues to deliver tangible benefits across the Group: Sportsbook betting continues to grow rapidly, mobile gaming is much improved and we’re seeing positive trends in the key performance indicators for Australia and the US.

“Whilst the outstanding gross win margin in Q1 2013 sets a very high bar, meaning we are facing tough comparative figures, two substantial loss making weeks in this quarter with major wins for the football punters – impacted profit progression despite good growth in wagering in both Online and Retail and significantly improved gaming performance in both channels,” he added. “As ever, it is important to look through short-term sporting results to the underlying strength of the business. Mobile, for instance, continues to go from strength to strength, increasing to 45 per cent of Online Sportsbook amounts wagered and 27 per cent of Online gaming net revenue in the period.

Mr. Topping said William Hill was also progressing with the successful diversification of the business both online and internationally, including delivering further good growth in Italy, Spain and the US. With most of the major components of the digital Australian platform now in place, William Hill will be driving further improvements in that business’s performance as well.

“It is positive to note Online had recouped much of its shortfall against internal expectations following week 2 before we were hit again in week 12,” he added. “While there is no guarantee we can make up the difference, we continue to believe the increased customer confidence from such wins should be good for business, especially in this World Cup year. We are very well placed to take advantage of the World Cup opportunity, coming in the second quarter, with an unrivalled football product range, the most downloaded Sportsbook app in the UK and a leading mobile gaming offer for cross-sell.”