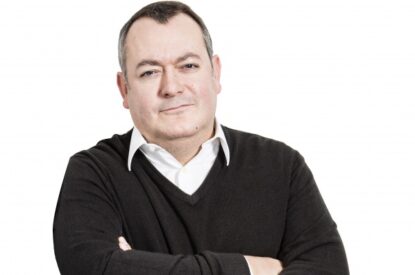 The Welsh Government has been urged to protect jobs by re-thinking business rate relief to include high street betting shops, bingo halls and casinos to help them cope with the impact of Covid-19.

In a letter to Welsh finance minister Rebecca Evans, Betting and Gaming Council Chief Executive Michael Dugher warned that more than 2,000 jobs in the country are at risk unless urgent action is taken.

Last month, the UK Government announced the expansion of its Business Rates Retail Discount so that it covered betting shops, bingo halls and casinos. It means that they will receive 100 per cent business rates relief in recognition of the fact that they have had to close their doors as part of the national effort to tackle the spread of the coronavirus.

However, unlike in England, the Welsh Government’s version of the policy stipulates that it does not apply to betting shops.

Wales has more than 300 betting shops, plus four casinos, all of which face financial ruin unless the Welsh Government steps in. Other parts of the hospitality, leisure and entertainment industries have received help, including pubs, restaurants, cinemas and nightclubs.

Across the whole of the UK, the regulated betting industry contributes £3.2bn a year to the Treasury, and also contributes £350m to horse racing and between £120m and £200m to UK tourism.

In his letter, Mr Dugher said: “Without assistance with business rates relief, similar to that offered to other sectors in Wales, including other parts of the hospitality, leisure and entertainment industries, there is a real danger that betting shops and casinos will permanently close leading to the direct loss of over 2000 jobs in Wales.”

The BGC chief executive added: “We represent the regulated betting and gaming industry and as a body are committed to driving up standards across the sector. But in Wales, the industry is at risk of suffering a body blow from which it may never recover unless the Government in Cardiff acts. Betting shops, bingo halls and casinos in England were thrown a lifeline when the UK Government announced it was extending its business rates relief scheme to cover their premises as well, recognising the contribution they make to the economy, to sport and the vital part they are playing in the national effort and in communities to cope with the virus.

“I don’t for a single second think that the Welsh Government is saying that 2,000 workers in Wales who are employed in the regulated betting industry are less worthy of the support they get in England, but we urgently need a re-think on rates. These 2,000 jobs are hardworking men and women with bills to pay and families to care for. Their jobs are worth every bit as much as someone doing the same job in England.”