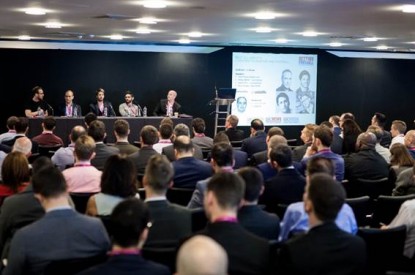 This year’s edition of Betting on Football, the leading networking conference by SBC Events, is set to see double the amount of delegates flock to Stamford Bridge next month with a record number of senior figures from the industry’s leading operators confirmed as speakers.

The number of attendees is expected to be just over 800 people for the conference which takes place between 3-5 May at Chelsea FC’s home ground, up from the 400 delegates who attended last year’s event.
As well as the number of conference stands sold rising from last year’s total of nine to 37 at present, 2017’s event will see over 130 CEOs and directors speaking on variety of subjects.

In addition, Mr Green CEO Jesper Kaarbrink and LeoVegas CEO Johan Styren will be providing their insight, with both companies making their sportsbook debuts last year.

Representatives from some of the world’s biggest clubs and organisations will be in attendance, including Real Madrid, AC Milan, Chelsea and La Liga.

SBC Founder Rasmus Sojmark said: “This year’s Betting on Football conference by SBC Events is stating the case for being the best sports betting industry event ever held after a huge period of growth over the last 12 months. We have over 130 senior figures from the industry’s leading operators and suppliers speaking on a variety of subjects impacting the football betting environment. We’re thrilled the event has gained in popularity, and this is a conference anyone interested in sports betting simply cannot afford to miss out on.”

Topics for the two-day event include preventing match fixing, the opportunities different markets offer and the challenges of live betting.

Betting on Football also features two huge networking parties – one at Kensington Roof Gardens and one at the Under The Bridge nightclub at Stamford Bridge – making it easier for the high level delegates attending the event to make connections.