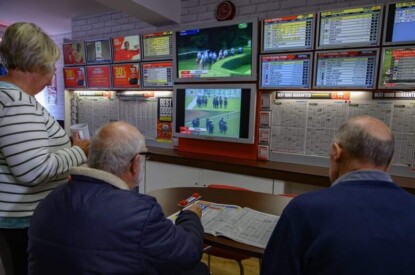 Britain’s regulated betting and gaming sector has urged Government to publish a White Paper that delivers for business and punters, after a new study showed affordability checks are already hitting revenues.

Research by EY for the Betting and Gaming Council confirmed the sector remained robust despite the pandemic and was now weathering the energy crisis and cost of living crisis. However, the enforcement of tougher affordability checks, have contributed to reduced revenues, the study said.

The report backs up recent polling which showed nearly 70 per cent of people who place a bet said they would be unwilling to allow regulated firms to carry out compulsory affordability checks to prove they can afford to wager.

According to EY, despite the external pressures facing all businesses, which have been exacerbated by affordability checks, BGC members’ total Gross Value Added contribution to the UK economy was £7.1bn.

Meanwhile the industry supports 110,000 jobs on high streets, in hospitality and in global tech powerhouses. The contribution to the Treasury from regulated betting and gaming remained significant at £4.2bn annually. Across the industry, overall Gross Gambling Yield – total revenues after winnings have been paid but before costs are deducted – was slightly up on 2019 despite massive global volatility.

A new White Paper setting out new laws for the Gambling Industry is expected within weeks. In expectation of Government limits on spending, BGC members have already started applying more stringent checks, which are hitting revenues.

The EY study, noted: “Online GGY has declined since mid-2021, probably reflecting the re-opening of physical venues, the introduction of affordability checks on online, and the decline in real household incomes.”

The decline in the online regulated betting and gaming sector as a result of factors including the impact of affordability checks could push customers to the black market, the study warned.

The EY study, said these pressures, “could in turn lead to leakage to the black market, i.e. operators offering remote (mainly desktop and mobile) gambling products that do not hold a UK Gambling Commission license for remote gambling.”

European countries applying tough sanctions on betting, including restrictions on stakes, blanket affordability checks and curbs on advertising, have witnessed an increase in black market betting.

Norway’s black market now accounts for over 66 per cent of all money staked, in France it is 57 per cent, while in In Italy 23 per cent of money bet is on illicit sites.

The figures have prompted renewed calls from the BGC to end the uncertainty presented by the Government’s delayed review of gambling laws, and ensure any new regulations put industry on a sustainable foundation for future growth.

CEO of the Betting and Gaming Council Michael Dugher, said: “The UK’s regulated betting and gaming sector is a genuine global leader. Some 22.5m adults enjoy a wager, on the lottery, on bingo, on any number of sports, online and in casinos.

“Our members pump billions into the economy, support the Treasury with more billions and support over one hundred thousand jobs.

“But this contribution is never guaranteed. This industry needs to thrive if it is to maintain its status as a global leader.

“As ministers consider the regulatory framework for this industry, they should stop and think, and ensure the decisions they make support a sustainable future.

“This is a sector that is ready to invest, on hard-pressed high streets through bookmakers, in tourism and hospitality through world-class casinos and online where our tech giant members are looking to increase the number of apprentices they hire.

“We urge the Government to find an evidence-led, balanced White Paper that protects the vulnerable, allows the vast majority who bet safely to continue to do so, and crucially allows business to thrive.”

The Government has promised a White Paper outlining a review of current Gambling legislation within weeks.

The industry standards body, the BGC, has launched 20 standards and initiatives since it was established three years ago to drive up standards.

Michael Dugher, added: “This industry is serious about safer gambling, and it’s encouraging that the rates of problem gambling among UK adults remains low by international standards at 0.3 per cent.

“We want to see technology used to ensure checks on spending are carefully targeted towards the vulnerable, not the vast majority who show no signs of harm.

“But without Government clarity on affordability checks, our members are concerned they are driving frustrated customers to the unsafe, unregulated black market.

“These sites have none of the safer gambling tools employed by our members, do nothing to protect young people, don’t invest anything in the sports we love like horse racing, rugby, darts and football and crucially don’t contribute a penny in tax.”