UK – Big role for Gamestec in Better Down The Pub campaign 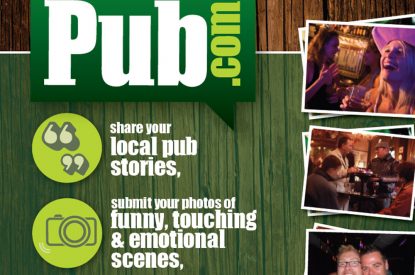 Gamestec, the nation’s number one pay-to-play leisure operator, has given its full backing to a national campaign unveiled last week which celebrates Britain’s love for pubs.

The drive, imaginatively titled ‘It’s Better Down The Pub’, is the culmination of an industry wide initiative that advocates the importance and value of Britain’s 51,000 pubs to society and the economy. The aim is pure and simple – encouraging customers to celebrate why they love their local pub, regardless of what form that pub takes.

Gamestec Managing Director Chris Butler was quick to emphasise the importance of an initiative which focuses on the very heartland of the operating sector. He explained: “We are fully behind this campaign and firmly believe it presents a fantastic opportunity for us all to show what great pubs we have in this country. We passionately support the efforts of the campaigners in reinforcing the message of why pubs are so important to communities and the major part they play in everyday life.”

The Better Down The Pub movement is the brainchild of some of the pub industry’s leading organisations. Joining Gamestec on the glittering list of big brands are Admiral Taverns; the British Institute of Innkeeping (BII); Britvic; Christie + Co; Campaign for Real Ale (CAMRA); Diageo; Everards; Fuller’s; Heineken; the Independent Family Brewers of Britain; Poppleston Allen; Pub is the Hub (PITH); Society of Independent Brewers (SIBA); Sky; Stonegate Pub Company; and Venners.

The year long campaign, which makes clever use of social media, officially kicks off on June 10. Pub goers will be invited to share their experiences and highlight why they love their local via a dedicated website, Facebook and Twitter. Ultimately, the aim is to showcase more positively the integral part pubs play in every day British life, challenging the negative headlines driven by a pub closure rate that peaked at more than 50 per week.

Gamestec, widely acknowledged as the premium operator in the sector, will have an important role to play in the campaign. The company will provide full support for point of sale material as well as running a dedicated video attract message on its iPub terminals nationally. Butler added: “Gamestec’s unrivalled expertise in the pub sector will be vital in ensuring that the kernel of the campaign message is delivered swiftly and effectively to where it matters – the hearts and minds of our customers.”

With eight out of 10 people counting themselves as ‘pub goers’ and over 15m  visiting a pub once a week, the campaign is intended to capture the imagination of a broad and loyal audience, as well as attracting new customers to share their best pub experiences. There will be opportunities for consumers to win a range of prizes provided by the campaign sponsors including iPads, digital cameras and camcorders to Champions League tickets, Heineken rugby tickets and weekend breaks as well as spot prizes of T-shirts, sweatshirts, meals out and bar tabs.