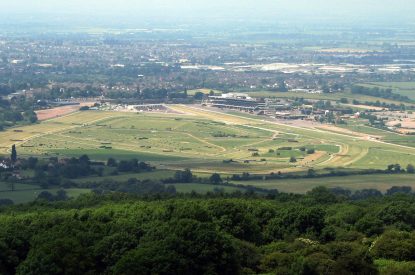 Worldpay, the global leader in payments, has quantified the massive spike in transactions Britain’s online bookies enjoy during the Cheltenham Festival.

Worldpay’s data from the 2014 Festival shows that the number of transactions processed by Britain’s online bookies increased by a whopping 34.1 per cent as racing fans rushed to place bets in the hope of a big pay out. This led to a 27.4 per cent increase in the total value of transactions as punters gambled on which horses and jockeys will benefit most from the famous ‘Cheltenham Roar’.

Interestingly the average transaction value decreased by 4.3 per cent as more recreational customers, who traditionally deposit lower amounts, are drawn by the excitement of the four day Festival.

Alan Watson, Vice President Gambling, Worldpay eCommerce, said: “The Cheltenham Festival is one of the biggest events in the racing calendar and these lay bare just how much Britain’s bookies can expect to benefit from passionate race fans.

With the digital revolution in full swing, more and more people are using online platforms to place their bets with leading operators now receiving 70 per cent of their digital revenues from smartphones and tablets. The convenience and speed these devices offer appeal to customers with bookies investing heavily in improving their websites and mobile apps to meet this increased demand. Over the coming years we expect these figures to increase significantly as more punters use mobile devices as they attempt to beat the bookies.”

The Cheltenham Festival is famous for big betting with an estimated £600m expected to change hands during the four days. The Festival is one of the biggest National Hunt horse races in the UK, with prize money second only to the Grand National. The Festival takes place every March and hosts some of the best horses, jockeys and trainers who thrill an audience of over 230,000 of Britain’s most passionate horseracing fans.