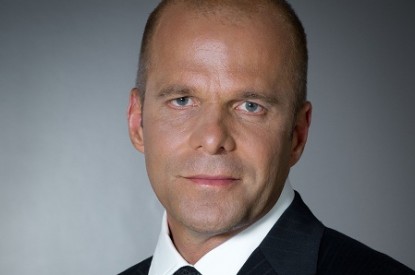 Online gaming group bwin.party suffered a huge drop in revenue over a ‘challenging’ 12 months through to December 31, 2013 but believes it is now well positioned for growth.

Greece, migration losses and the full year impact of gaming taxes in Germany.

The positives saw gross gaming revenue through mobile/touch grow by 77 per cent to €76.9m as well as the successful US launch where the company claims to be the number one online poker network in New Jersey.

Norbert Teufelberger, Chief Executive Officer, said: “2013 was a challenging year for our business, but it also marked a turning point as we increased our focus on regulated and to-be-regulated markets, began to roll-out new and refreshed versions of our mobile and desktop products, and commenced the transformation of our technology infrastructure through the adoption of the Agile development methodology. Having streamlined the shape and size of our business we now have the foundations to return our business to sustainable growth.”

While New Jersey has yet to reach its full potential because of geolocation and payment processing issues that are continuing to impact all operators, the Group has made a solid start in this newly regulated market. Despite the headwinds of lost revenue from Greece and continued pressures in European poker, based on the Group’s performance to-date and the planned developments, it remains confident that it can deliver year-on-year revenue and clean EBITDA growth in 2014.

Casino games turnover was down 13 per cent reflecting shift from ‘volume to value’, lower cross-sell from poker and ISP blocking in Greece, where casino and games active player days down 26 per cent

Gross gaming revenue for poker was down 38 per cent reflecting lower poker volumes in Europe and ISP blocking in Greece, partially mitigated by launch in New Jersey in November 2013 whilst bingo was down 12 per cent reflecting competitive conditions in UK and market declines in Italy.

Jane Anscombe, analyst at Edison Investment Research, said: “Bwin investors will be hoping that the company really has reached a turning point with European challenges weighting against nascent US opportunities. With activist US investor Spring Owl on board since February there have been suggestions that the group could be broken up if 2014 does not show real signs of change. It is trading below the peer average, reflecting its regulatory profile.”

New York-based Spring Owl bought 6.1 per cent of Bwin.Party Digital Entertainment in February placing one of its own on the board.
Nick Batram at Peel Hunt said: 2013 should represent the nadir in the group’s fortunes. However, if management fail to deliver the anticipated recovery in 2014, it is possible others will try. Current trading shows six per cent growth on the fourth-quarter but with New Jersey having started more slowly than expected we are likely to have to trim our 2014 earnings forecast by five to six per cent.”

Canaccord Genuity repeated its recommendation to ‘buy’ saying all the company’s figures were in line with Canaccord’s expectations.

“The drivers had been well documented, a combination of the volume-to-value strategy, ISP blocking in Greece, poor gross win margin in the third quarter and weak trends in Poker,” said Analyst Simon Davies.