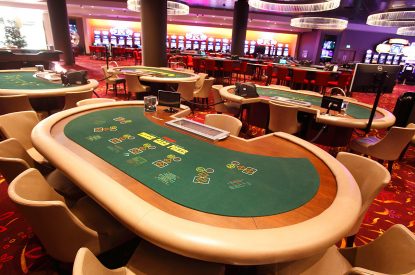 The UK’s existing casino sector, numbering some 140 properties, is being unfairly disadvantaged by the 2005 Gambling Act, leading to a lack of investment in the existing business.

The claim, from a report carried out by the Culture, Media and Sport Committee, says that along with the effects of the smoking ban, the economic downturn and high taxation, the uneven playing field, pitching the new-style small and large licences against the existing licences, has led to job losses and closures.

It wants the machine to table ratio to be even across the whole sector with the aim of making the existing businesses and the future small licences more viable.

The report said: “We see no logical reason for maintaining different regulatory regimes and believe that 1968 Act casinos should be given the same freedoms as new ones. There is now a two-track system for casinos, with existing 1968 Act casinos unable to modernise and take advantage of the allowances granted to new small and large casinos. However, as the development of these new casinos has been so slow following the Act, with only one large casino having opened to date and two more having been permitted, there is currently no way of assessing what impact allowing 1968 Act casinos the same freedoms would have.”

It accused the Act of creating a situation where the small casino model is not considered financially viable. “This is partly because a small casino must possess a larger floor-area for table play than a large casino in order to maximise its machine allowance,” it explained. “Not one small casino has been developed. It was not Parliament’s intention in 2005 to make small casinos completely unviable. We recommend that the Government introduce a single ratio of five machines to one table for both small and large casinos. Local authorities should have the power to increase the number of machines permitted per table if they wish to do so and an operator requests it.”

The report stated: “The process of casino licensing created by the Act is complex, expensive and ambiguous. Only one licence was subject to a proper competition and is operating. Of the remaining nine, two local authorities have just begun their process, three have gone to legal challenge, four licences have been granted but have not been developed and of that four only one is in a genuine development process. The delays in the licensing process for new small and large casinos are significant and the result of an overly complex and bureaucratic process imposed on local authorities. Insufficient guidance was provided by central Government to the licensing authorities which has led to increased consultation and administrative costs.”

The National Casino Industry Forum (NCiF) criticised the decision to allocate ten of the 16 new casino licences to areas where 1968 Act Casinos were already in operation. This, it said, led to many licences not being utilised as they would either not be economically viable in competition with existing casinos or because casino operators of 1968 Act casinos took up licences with no intention of constructing a new casino which would compete with their existing businesses.

The NCiF also argued that investment in the casino industry ‘collapsed’ following the Act partly due to this overlap in permitted areas between the 1968 Act provisions and those of the new Act and called for existing licences to become portable between permitted areas. They argued that this would allow them to move existing unprofitable casinos into areas where they would be economically viable.

“The stated aim of the Government; to test the impact of the new casinos, would be almost impossible to implement in a timely and cost effective manner due to the impracticality of identifying whether any increase in problem gambling was caused by the new casinos as opposed to the presence of any other forms of gambling including online,” the Committee said. “The Government should reconsider its plans to test the impact of the new casinos. Given that casinos have some of the most comprehensive measures for tackling problem gambling and in the light of some of our other recommendations we believe that casino operators will already be doing enough to enable the industry to grow safely.”