UK – Crowdfunding and crowdsourcing in the casino sector 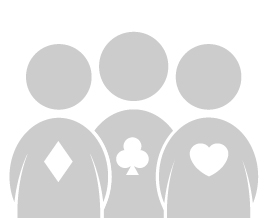 According to crowdsourcing.org in a 2012 report, the market for services provided by the “crowd” had been growing at over 75 per cent per annum and was worth around $375m world-wide in 2011 and was still growing at the same rate. Assuming that the rate of growth has continued, the market is likely to be worth between $1.5 and $2bn in 2014. The same crowdsourcing.org report suggests that there were 6.3m workers engaged in crowdsourcing around the world in 2011 and that the number was growing at 100 per cent per annum. GamCrowd’s white paper looks at the potential impact of this revolution in the way firms outsource work to the gambling sector.

The GamCrowd white paper looks at a number of possible uses that the gambling industry could make of the crowd as well as the potential benefits of this way of working which may include flexibility, speed to market, reach, originality and lower costs. Based on the company’s own experience, the white paper outlines areas where the industry could benefit include; SEO, social and affiliate marketing, in country testing, content creation, translation and many more besides.

Chris North, CEO of GamCrowd, believes that the gambling industry has a tremendous opportunity to benefit from the economics of the crowd, probably more so than any other industry. “Gambling has been at the foreground of the internet since the late 90s and at the very forefront of peer to peer technologies, social media integration, data analytics, SEO, social media marketing and affiliate networks. Our white paper has listed dozens of areas where the crowd can assist a modern gambling business and I am sure that it won’t be long before many of these tasks are commonly done via crowdsourcing”