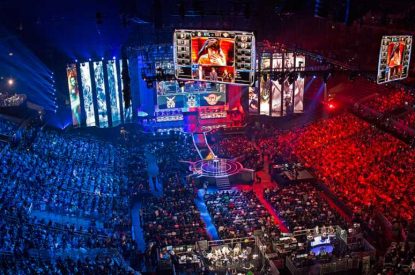 The Esports Integrity Commission has released a strongly worded statement claiming that individuals attempting to propagate the narrative that ESIC works for the betting industry either have their own adverse agenda or are naïve about the realities of betting and the relationship between esports and betting on esports.

Whilst the existence of betting in esports is a contentious matter for some people and that they would rather it didn’t exist, the ESIC believes this is not an excuse to ignore the challenges posed by its existence.

Whilst the ESIC says it has historically tried to address the misconceptions propagated privately, it has now surfaced again in a way that damages the integrity of esports and the Commission in a way that needs to be publicly addressed.

In Nevada, a Bill being sponsored through the State Senate by Senator Ben Kieckhefer, SB 165, seeks to establish an Esports Commission for the regulation of esports related activities in the State.

In the sponsoring process, the Judiciary Committee considering SB 165 were told that ESIC, (who has worked with the Nevada Gaming Control Board since 2016 and was a founding member of the Nevada Esports Alliance) was in favour of the Bill.

The ESIC says this is false. The ESIC has said it “opposes SB 165 and has now taken steps to provide explanations to the Committee relating to its position. However, quite apart from certain parties purporting to speak on our behalf without authority, an underlying narrative emerged that: ‘ESIC’s views should be dismissed because the Commission is a servant of the betting industry’.”

The same ‘false narrative’ was put forward to the Entertainment Software Association (ESA), the body representing most video game publishers and developers and all of those who publish titles prominently used in esports, by some of its members urging the ESA not to engage with ESIC because ESIC was alleged to “work for the betting industry”.

Disaffected players banned by ESIC for betting related offences and some of their supporters have been reported to be coordinating a broad effort to spread this same false narrative that ESIC works for and serves the betting industry in an attempt to undermine the legitimacy of competitive integrity in esports.

This coordinated effort has been reported to ESIC to include rhetoric such as ‘ESIC falsely asserting certain matches are fixed so that the betting operators don’t have to pay out the winning bets on those matches’.

The ESIC has said in its statement that “this is both an ignorant and damaging narrative not only to ESIC but to the integrity of esports broadly. Such assertions would be entirely antithetical to the purpose and demonstrated work ESIC has undertaken for the sake of competitive integrity in the esports industry for more than five years.”

In response to these ‘narratives’, ESIC Commissioner, Ian Smith, made the following statements:

1) “ESIC is neither for or against betting on esports. We are not advocates for betting nor crusaders against it.

2) It is noted, however, that betting on esports is a form of entertainment for most bettors and drives sponsorship revenue and fan engagement for the esports ecosystem.

Conversely, the existence of betting opportunities does also raise challenges including, of particular concern to ESIC and central to our mission, the incentive for punters to commit betting fraud by match-fixing. In this respect, our role is to protect the esports industry from that danger.

3) ESIC exists for the esports industry; primarily for the protection of the players who would be the first and main casualty of any match-fixing scandal (please refer to the detrimental effects that match-fixing has historically had on the competitive Starcraft2 esports scene following the 2015/16 match-fixing scandals in Korea).

5) In fact, it is impossible to combat match-fixing without working with the legitimate esports betting industry. Betting data is at the heart of determining whether or not a match might be fixed and betting data is the key evidence in any prosecution of a match fixer.

Furthermore, every traditional sport works with the betting industry to combat match-fixing and relies upon such data in a similar manner. This approach is not unique to ESIC.

6) ESIC is a not for profit members association – we are owned by our members. We have two categories of membership: Our esports members (primarily Tournament Organisers) and our Anti-Corruption Supporters (primarily betting operators, but also government and state gambling regulators, law enforcement, monitoring companies, data providers and industry bodies).

From a constitutional point of view, the two do not overlap. Only the Esports Members determine the strategic aims and priorities of ESIC. The Anti-Corruption Supporters participate in our Suspicious and Unusual Betting Alert Network in service of ESIC and our Esports Members.

7) Contrary to some assertions, the betting industry does not use us to avoid making legitimate payouts. The primary benefit for betting stakeholders which engage with us is access to what our Suspicious and Unusual Betting Alert Network sees (a network which they also contribute data to).

8) Importantly, some players are asserting that their betting activity on the game that they play professionally was “innocent”. With respect, that is either naive or disingenuous.

No traditional sport allows its professional participants to bet on the sport they play for a living. In the cases ESIC has dealt with, the players against whom we have taken action have bet on the game, league, tournament or match in which they have participated.

There is no scenario in which this is acceptable and we will continue to prosecute players who do so where we have jurisdiction. At the highest level of any esports game, the players all know each other, have played with and against each other and have both inside information and the potential to influence each other in a way that gives them an unfair advantage in betting markets and undermines the perception of competitive integrity.

In many countries it is also illegal or criminal. Consequently, we are unapologetic about our rule prohibiting betting on the game they play professionally or semi-professionally.