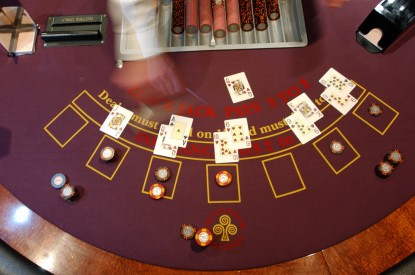 British operator Rank has seen its revenue increase by seven per cent in a ‘challenging economic environment,’ driven by its Grosvenor and G Casino brands.

GGR from its casino estate increased by 15 per cent to £300.3m due to a higher than normal win margin in London as well as a boost from the Gala casinos. Operating profit increased 19 per cent to £47.4m.

The British heat wave reduced play at Rank Mecca bingo halls with pre-tax profits for the group slipping by one per cent for the year to June 30 to £65.1 m.

The overall profit was affected by an investment of £38.2m in Grosvenor Casinos venues and across the Group’s UK digital channels.

Mecca’s operating profits dropped by 12 per cent whilst Grosvenor’s Ian Burke, chief executive of The Rank Group, said: “Despite the tough economic environment and the competitive market in which we operate the group has delivered a solid set of results. It has been a busy 12 months for Rank culminating in the successful completion in May of the acquisition of 19 casinos and 3 non-trading licences from Gala Coral, making Rank the leading operator of casinos in Great Britain. These additional casinos are already being integrated into the Rank estate and a programme of improvements has commenced. The recent hot weather has adversely impacted trading in the first weeks of the new financial year. However, we remain confident in the Group’s long-term prospects and see good growth opportunities for our expanded casino estate and digital channels.”

The group stated: “Full House Destination estate performance as a whole has been disappointing and the capital invested has not improved the public’s perception of bingo sufficiently to address the general decline in admissions. Due to the inadequate return on investment from these conversions, the group will not be committing to any further at this present time.”

The group has launched nine Full House venues since 2009.