UK – Four bookmakers set up watchdog to keep themselves in check 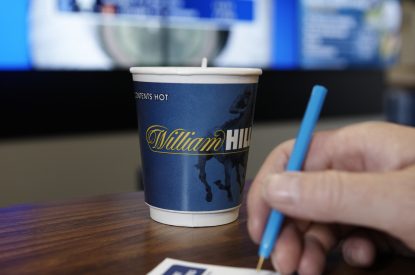 An article in the Daily Telegraph last weekend has detailed the bookmakers’ plans to promote further voluntary measures as part of a new “independent” watchdog to oversee the betting sector.

A spokesperson for the Campaign said: “The Gambling Commission is the government appointed “watchdog” – a body which should ensure that the licensing objectives of fair and open gambling, no association with crime and protection of young and vulnerable persons are delivered.

“However, to date no meaningful fines or loss of licenses have been imposed on operators for breaches of these objectives, including anti-money laundering social responsibility controls. This is also demonstrated by poor records when it comes to allowing under age access to FOBTs.”

The measure to control FOBTs will be to remove FOBT advertising from shop windows. However, FOBTs will still be visible through shop front windows and glass doors and will still be easily accessible inside shops.

There will also continue to be staff marketing of FOBTs through free entry tournaments, demonstration mode play and staff explaining the FOBT games. The proposal to remove FOBT shop-window advertising is a tacit admission that FOBTs could be a more dangerous form of gambling than sports and race betting.
The measure to control television advertising is to scrap pre-9pm watershed advertising of aggressive “sign-up” offers. This will not limit generic brand advertising through TV sport prior to 9pm, or any internet advertising prior to 9pm. The deceptive advertising of free credits and sign-ups, where the terms and conditions require certain volumes of play, is just one part of the misleading approach taken by all operators to their marketing strategy. It is unlikely that remote-only operators will sign up to this new watchdog and its initial measures.

A spokesperson for the Campaign concluded: “The Campaign for Fairer Gambling’s aim to reduce the FOBT maximum stake from £100 to £2 per spin will be communicated to delegates at all three upcoming party conferences.”