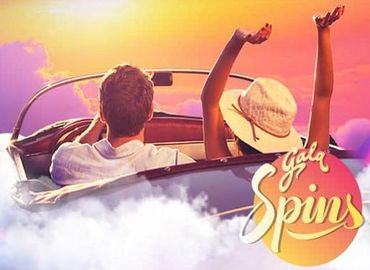 Gala Interactive has been brought to task over a Gala Spins TV advertisement with the UK’s Advertising Standards Agency claiming it ‘implied that gambling involved skill rather than chance, and therefore was socially irresponsible.’

The ad showed a man playing on his tablet. He then made a gesture with his arm before he began to spin a plate at speed on its side. A man’s voice said, “Ah, the tell-tale signs of a Gala Spins fan. A whirly spin of fun and games, just like the new Britain’s Got Talent Slingo game. Try it now and see if you’ve got the talent. Galaspins.com – now that’s Spincredible.” Other characters in the ad looked on, took a photo and clapped.

Gala claimed that the ‘see if you’ve got the talent’ tagline was a reference to both the TV show Britain’s Got Talent and the plate-spinning talent depicted by the character in the ad. It argued that the association between the word ‘talent’ and Britain’s Got Talent was apparent, as was the association between the word ‘talent’ and the plate-spinning in the ad. They said they did not feel the line implied talent or skill was involved in playing any games on galaspins.com all of which were games of chance.

Clearcast said use of the word ‘talent’ was an allusion to the name of the Britain’s Got Talent game and did not equate to skill. They said in the context of the ad “talent” meant having fun and enjoying oneself, such as the enjoyment depicted by the characters watching the plate-spinner. Clearcast said that like all Gala ads, it was meant to be light-hearted and not to be considered seriously. They said the plate spinning was also used as a reference to the advertising slogan “Spincredible” and the type of game (slots) that was advertised.

The ASA noted that the male character was shown using a tablet computer and then made a gesture that implied he had won a game on Galaspins.com. He then began to spin plates on his fingers. It also considered that the plate spinning reaction was intended as a comic reaction to winning.

The ASA said: “We considered that while Galaspin.com’s explanation was that “… see if you’ve got the talent” was meant as a reference to Britain’s Got Talent and the plate-spinning character, it failed to recognise that in the context of the ad it was an invitation to gamble online. In that context the claim therefore implicitly suggested that viewers could exercise a degree of skill or would be able to improve their opportunity to win at a game of chance. We therefore concluded that the ad was irresponsible and thereby breached the CAP Code. We told Galaspins.com to ensure their advertising did not suggest that there was a degree of skill in the game.”