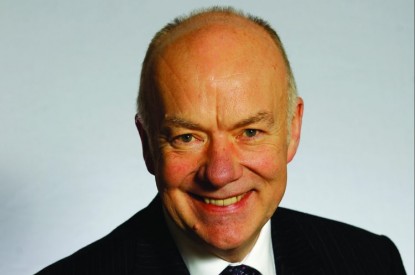 Cross-sector strategic body, the Gambling Business Group (GBG) is trialling a powerful new initiative which enables organisations to share information on the pattern of emerging machine frauds while remaining within the terms of April 2018’s GDPR regulations.

The system, which has been developed in conjunction with the security team at Gamestec, is being launched initially across the Motorway Services network after which it will be rolled out to all land-based gambling sectors in the UK.

While the need for operators to share information on machine fraud has never been greater, GBG Chief Executive, Peter Hannibal, believes that the introduction of GDPR and the accompanying risks of fines equivalent to 20 times turnover, means the industry has to be sensitive to how it shares personal data. “The onset of the GDPR regulations has caused a level of uncertainty as to what can and can’t now be shared.” he stated: “The industry’s systems for sharing security and fraud information were inadequate even before GDPR came into effect so it is only to be expected that operators are now all the more frustrated. Add to this the fact that police constabularies are less inclined to take up cases that are not conveniently packaged containing all of the evidence, the sector as a whole feels both exposed and isolated.”

Due to this worsening situation, The Gambling Business Group has been working in collaboration with members, specifically the security team at Gamestec, in order to create an environment in which operators will have the knowledge and confidence to share information in a compliant but effective way. Peter Hannibal explained: “Our key objectives are, firstly to give operators as much advanced warning as possible that their operation may be at risk from fraudsters; secondly to ensure that the way we communicate with each other remains within the General Data Protection Regulations (GDPR) and thirdly, to create case files, with supporting evidence, that the police are able to use in order to secure effective prosecutions.”

“The introduction of the Arcade & Pub Fraud Alert Group on Facebook, confirms there is a clear demand for this type of communication between operators, but, I would stress that having to be invited into a ‘closed’ Facebook group does not represent sufficient protection on its own and is an awful long way from constituting an adequate defence should a member of the industry find him/herself in court. It’s vital that we stay on the right side of the law and that we do not unwittingly allow the perpetrators of machine fraud to be let-off because of a data breach. As such I would implore everyone to be extra vigilant and to think twice about what they are posting on Facebook.”